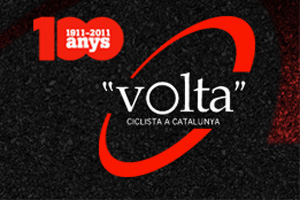 Triple Tour de France winner Alberto Contador has managed to both maintain and capitalise on the lead he established in last Wednesday’s Andorra mountain stage to bag another overall win at this year’s Tour of Catalonia with a time of 29:24:42. Italy’s Michele Scarponi (Lampre-ISD) finished in second just 23 seconds behind, whilst Team Garmin-Cervelo’s Dan Martin placed third at +35. The seventh and final day/stage of the Tour – Parets del Valles to Barcelona – was won by France’s Samuel Dumoulin with Sky’s Rigoberto Uran in second.

Yesterday’s win in Catalonia sees a continuation of an outstanding season for the Spanish rider – he has already scored a win at this year’s Vuelta de Murcia (Tour of Murcia) – despite the controversy over last year’s Tour de France failed drug test still rumbling on.

First held in 1911 – and won then as now by a Spaniard (Sebastiŕ Masdeu) – The Tour of Catalonia (“Volta” Ciclista a Catalunya) was celebrating its Centenary edition this year – it’s the third oldest cycling stage race in the world just a year or two off the Tour de France (1903) and Giro d’Italia (1909).