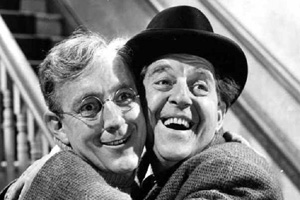 If there’s one thing Cyclo loves almost as much as a good sportive, it’s a classic Ealing comedy. If only there was some way to combine these passions… Well now, to celebrate the re-release of “The Lavender Hill Mob” in cinemas on July 22 (then on DVD/Blue-ray, August 1) and thanks to the combined efforts of Optimum Releasing, Tally Ho! Cycle Tours and British cinema expert Richard Dacre there is. A series of three specially designed cycle tours – complete with vintage 1920’s bikes – will visit some of the iconic Central London locations from classic Ealing comedies “The Lavender Hill Mob”, “Hue & Cry” and “Passport to Pimlico”. The tours, which take place on July 29, 30 and 31, will start and end at the Southbank Centre; finishing in time to nip in and enjoy the associated film being shown as part of the “Vintage at Southbank Centre” season.

For more details and to book tickets please visit: www.tallyhocycletours.com