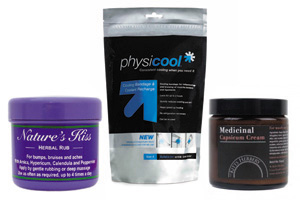 Spend enough time in the saddle and sooner or later something’s going to give. Whilst some injuries are easy to avoid – road-rash (don’t fall off), cracked skull (don’t fall off, wear a helmet) – others can creep up on you. In the first of a series of features Cyclo looks at cycling knee pain. But first, some basics:

In general terms three things can help reduce the risk of injury: warm up, stay warm, cool down. For a warm up, particularly early in the season if you’ve spent little time in the saddle over the winter months, start your ride slow in an easy gear and take ten minutes to work out all the creaks and groans (yours and the bikes); in cooler weather stay warm with appropriate clothing and perhaps even consider compression wear to help keep muscles warm and working at their most effective; finally cool down – a slow coast home rather than a sprint finish, followed by a little gentle stretching can go a long way towards damage prevention.

And so to the knees…

Knees take a pounding on the bike, like the hinge on a door constantly being open and closed. There are a multitude of reasons for knee pain ranging from Iliotibial Band Syndrome (ITBS – an inflammation of the fibrous tissue running from the outer pelvis to the knee), to Patellofemoral Pain Syndrome (often called “runner’s knee, although runners don’t have the monopoly on this one) and Osteoarthritis, the most common form of arthritis in athletes. Although degenerative conditions can’t necessarily be prevented, making sure in the first instance that your bike is correctly fitted for you and you alone can help general wear and tear.

When knee pain does occur, for whatever reason (and let’s assume you should seek professional medical advice too!), there are a number of simple and inexpensive creams that may prove beneficial. Ibuprofen gel is a so-called Nonsteroidal anti-inflammatory drug (NSAID) and as such is an active pain killer containing the same ingredient as the common tablet form, the advantage of the gel is that the very act of “rubbing in” can bring benefit and if you opt for a brand that also incorporates a heat element, such as that found in Deep Heat rub, the relief can be two-fold.

Although lacking the “true” medical benefit of Ibuprofen, Natures Kiss Herbal Cream is an excellent all-round rub with a wide combination of natural ingredients including arnica, hypericum and calendula or alternatively try capsicum cream which has strong clinical evidence behind it for treating a huge range of aches and pains. Don’t be put off by the fact that capsicum is part of the nightshade family, we’re really just talking chilli-peppers here. Most chillies contain methyl vanillyl nonenamide a lipophilic (just meaning it dissolves in fats) that give them their varying degrees of heat but which also appears to give them some pretty impressive restorative merits. Capsicum’s ability to control and/or reduce pain is more than anecdotal with numerous laboratory studies showing that it may even be able to tackle the severity of rheumatoid arthritis. So whilst you could munch your way through a fistful of chillies brings tears to your eyes – a better option is a “topical” form (rubbed on the skin – and with little or no sensation of heat) such as the St Kitts Herbery Capsicum Cream. Two brief words of warning about capsicum cream though: first do wash your hands after use; although not as lethal as raw chillies you’ll certainly know all about it if you rub your eyes after application. Secondly the cream can stain, so make sure it is fully rubbed in before slipping on your favourite ride apparel.

Applying ice packs post-rode can also help reduce both inflammation and pain, particularly when used as part of the so-called RICE regime – Rest, Ice, Compression and Elevation; one of Cyclo’s favourite products is Physicool, a cooling compression bandage that gently squeezes the affected area whilst slowly cooling it. Because it’s based on a coolant spray the bandage (stored in a re-sealable pouch) can easily be used anywhere and in situations when ice and ice-packs wouldn’t be available. Of course at home a bag of peas can prove almost as good…

Finally, if you want to take things truly back to nature, then a post-ride hot drink made by simply adding boiling water to an inch or two of roughly peeled root ginger, which is a proved anti-inflammatory, is both effective and incredibly cheap.

The above is strictly intended as general advice and in no way constitutes professional medical opionion. Always consult your GP, physio or other healthcare professional.