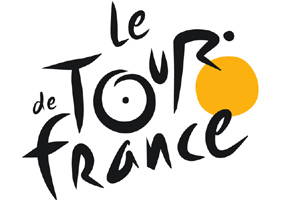 Hot on the wheels of the announcement of the 2012 Giro d’Italia route, details of next year’s Tour de France have been unveiled at the traditional ceremony in Paris. Running from Saturday June 30 to Sunday July 22, the 99th edition of the Tour will consist of the prologue followed by 9 flat stages, 4 medium mountain stages (one with a summit finish), 5 mountain stages (two with a summit finish) and 2 individual time-trial stages all covering a total distance of 3,479 kilometres. With the 6.1km prologue and first two full stages set for Belgium the Tour then moves to France where 9 new stage towns have been added: Abbeville, Annonay Davézieux, Bellegarde-sur-Valserine, La Planche des Belles Filles, Peyragudes, Porrentruy, Samatan, Tomblaine, Visé.

Saxo Bank-SunGard’s team owner, Bjarne Riis was clearly pleased with the 2012 route, commenting: “I think it’s a good route for Tour de France 2012 and it secures an exciting race as the climbers are forced to attack using every single opportunity as there are only a few uphill finishes. I could have wished for one more mountain stage but with no less than 100 kilometers against the clock, we can’t really complaint. The route surely favours Cadel (Evans) who can climb and who’s excellent on the time trial but with Alberto (Contador) on our team, it looks to be a pretty exciting Tour de France as he can do well on a route like this too.”