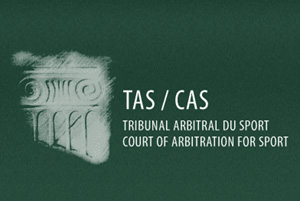 Triple Tour de France champion Alberto Contador will today (Thursday, November 24) give his closing submissions at the Court of Arbitration for Sport (CAS) in Lausanne with regards onto the ongoing investigation into his alleged doping at the 2010 TdF. The Saxo Bank-SunGard star was initially cleared by the Spanish Cycling Federation – who believed the story the that he had accidentally ingested the performance-enhancer, Clenbuterol, via contaminated meat – but both the UCI and The World Anti-Doping Agency (Wada) sought to overturn the finding, leading to this hearing at CAS. Contador has been accompanied at the hearing by his brother and manager Fran Contador (and a considerable team of sports lawyers) as around 20 witnesses, including the butcher who sold the allegedly contaminate meat, gave evidence. Incredibly it looks like the case could well drag through into next year with a statement already released from court saying: “The CAS decision in this matter is not expected before the end of 2011.”

Elsewhere (in Toulouse to be exact) Italian cyclist Riccardo Ricco has lost his appeal against the two-month suspended prison sentence he received after tested positive for Cera (a form of the banned ‘blood-booster’ EPO) after double- mountain stage wins at the 2008 TdF. He was sacked by his team, Vacansoleil-DCM, after the incident, and now has 5 days to appeal the latest findings. Ricco, and his lawyers, are at pains to point out that they are not denying the ‘mistake’ he made in deliberately using the drug, but rather that having already been found guilty by Italian courts – serving a 20-month ban and being fined nearly Ł5,000 – he should not face further punitive measures.