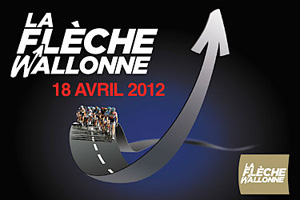 With the weather forecast for today’s Fleche Wallonne looking downright appalling, it should perhaps come as no surprise that Cadel Evans has withdrawn from competition as he continues to suffer from the sinus infection that forced his abandonment of last Sunday’s  Amstel Gold. In an official statement BMC Racing team doctor, the appropriately named Max Testa, said, ‘Cadel has the Tour of Romandie coming in one week and with this infection, we don’t want to take any risks… The weather won’t be helpful – it’s going to be rainy and cold.’ The decision leaves last year’s winner, Philippe Gilbert, without his team-mate but hopefully only metaphorically out in the cold.

Before the men take to the Belgium streets, Marianne Vos will be defending last year’s victory in La Fleche Wallonne Femmes, with Emma Pooley and Nicole Cooke chief British opponents, Pooley having won the event in 2010 and Cooke in 2003, 5 and 6.