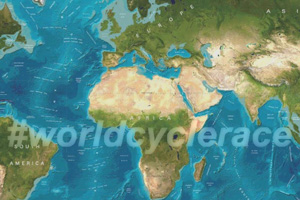 31-year-old Mike Hall has become the fastest person to circumnavigate the world by bicycle – indeed he did it in quite some style, smashing the previous record by almost two weeks and even managing to complete the epic ride on his birthday. Undertaken as part of the World Cycle Racing Grand Tour (and thus also competing against nine other riders) Hall averaged 200 miles-per-day for 92 days to cover the 18,000+ miles required to see him across 20 countries and four continents. Beyond being an incredible achievement in its own right, Hall also took the opportunity to raise funds for the Newborn Vietnam charity.