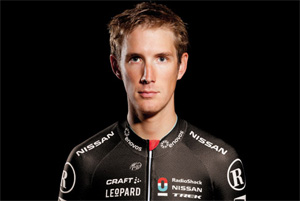 Signs are not looking good for a return any time soon for RadioShack star Andy Schleck. Crashing heavily in poor conditions during the Time Trial stage of the Critérium du Dauphiné back in June, Schleck suffered a fracture to the vertebra that was clearly going to end this year’s Tour de France ambitions. It had, however, been hoped that the injury was healing well following MRI tests during July and that a return to the road was imminent; that now appears not to be the case with the team announcing that he would not be taking part (as was expected) in the Grand Prix de Fourmies this Sunday.

Speaking of his decision to further delay competitive participation, Schleck said, ‘The shooting pain when I go on longer rides can still not be denied. It starts from the hip and it moves down to the leg. It makes no sense to appear at races where I might not be able to even reach the finish line… I’m very disappointed that I couldn’t show anything so far this year. This has been a dreadful season for me and I desperately want to put it behind me. I still hope to return to racing before the season ends.’

It’s possible that his next target will be the GP de Wallonie (September 12), although the official line from RadioShack is that: ‘At this point it is not clear when Andy Schleck will resume racing…’