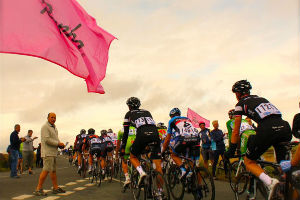 In addition to retaining the services of two of their brightest stars – World Team Pursuit Champion and Olympic Gold Medalist Ed Clancy and Tour of Britain King of the Mountains Kristian House – Rapha Condor have continued to commit to developing young talent with the signing of four new riders. Hugh Carthy and Will Stephenson, who recently finished first and second in the Junior Tour of Wales, both join directly from the Junior ranks; whilst former Irish U23 TT champion Aaron Buggle will bring experience in international stage races and Elliot Porter promises great things not least as he is the son of double Olympian Maria Blower-Porter and Norwegian former pro Jaanus Kuum.

Commenting on 2012’s successes and looking ahead to the coming season, Team manager John Herety, said, ‘Most of the riders we took on last year hadn’t even been part of a team environment, and some had come straight out of the Juniors, so we had to go right back to the basics. When I look at the performances in that light it gives me a great deal of satisfaction to see what we have achieved. I am looking forward to seeing what this group will be able to do next year.’