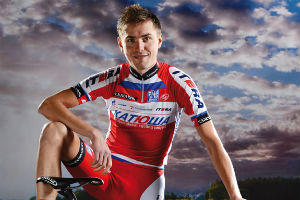 Russian outfit Katusha Team, already embattled over their ProTour licence, have suffered more bad news with a training run leaving two of their star riders injured. Whilst much of the team is currently competing in the Tour de San Luis in Argentina, the remainder has been putting in final miles at a training camp in Mallorca; here both mountain stage specialist Petr Ignatenko and teammate Vladimir Gusev, whose strength lays in one-day races, crashed heavily during time trial training. Ignatenko is reported as having torn the ligaments between his right shoulder and scapula and will undergo surgery today (January 23), whilst Gusev badly injured his left femur and suffered a fractured finger. Katusha Team will make announcements regarding their respective recovery times and prospects for upcoming races within the next 24 hours.