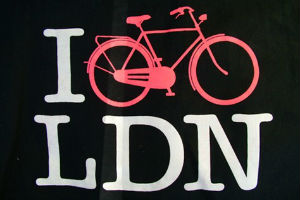 Mayor of London Boris Johnson has announced his ‘Vision for Cycling in London’, which is intended to make ‘cycling a normal part of everyday life and a compelling choice for all Londoners.’ Created in conjunction with British Cycling, significant investment of nearly Ł1billion is proposed to ensure that cycling is at the heart of future transport policies in the Capital. Amongst the initiatives is a ‘Crossrail for Bikes’ that will run some 15miles from the suburbs in the West, through the heart of London and to Canary Wharf and Barking; using a Dutch-style segregated cycle tracks along, among other places, the Victoria Embankment and the Westway flyover; it is believed that it will be the longest substantially-segregated cycle route of any city in Europe. Johnson described the much-hated Westway as, ‘the ultimate symbol of how the urban motorway tore up our cities’, and his vision turning it into, ‘…the ultimate symbol of how we are claiming central London for the bike.’

In addition, over the next four years, a range of new cycle routes will open running parallel to, and named after, Tube lines and bus routes, whilst other advances are set to include a new network of ‘Quietways’ – direct, continuous, fully-signposted routes on peaceful side streets, substantial improvements to the worst junctions and trials of so-called ‘Dutch-style’ roundabouts and eye-level traffic lights for cyclists.

In his statement Johnson said, ‘The reason I am spending almost Ł1 billion on this is my belief that helping cycling will not just help cyclists. It will create better places for everyone. It means less traffic, more trees, more places to sit and eat a sandwich. It means more seats on the Tube, less competition for a parking place and fewer cars in front of yours at the lights. Above all, it will fulfil my aim of making London’s air cleaner…’ Further commenting on the issue of funding, he continued: ‘As announced in the TfL business plan the overall budget for cycling will rise to Ł913 million, two and a half times more than previously planned, with almost Ł400 million spent in the next three years alone. Cycle spending will rise to Ł145 million in 2015, or around Ł18 per head, up with the best in Germany and almost on a par with the Netherlands.’

Full details of the statement can be found at london.gov.uk