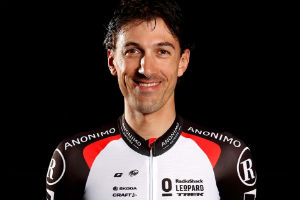 RadioShack-Leopard’s Fabian Cancellara has taken his second Tour of Flanders victory (following his 2010 success), scoring a powerful win ahead of Cannondale’s Peter Sagan. Cancellara, always one of the firm favourites, won the 100th anniversary edition of Flanders – also known as the Ronde van Vlaanderen – one minute, 26seconds ahead of his Cannondale rival after a spectacular break from the field on the final climb. Speaking ahead of today’s race Cancellara had spoken of his rivalry with Sagain, saying, ‘Peter is a very young rider. I would have been very proud to win so many races at such a young age. A young rider has less stress; he has a calm mind…’

Defending champion Tom Boonen of Omega Pharma-Quick Step crashed out of the race just 19km in and was taken to hospital with a hip injury (X-rays subsequently revealed no broken bones), whilst Team Sky’s Geraint Thomas crashed with 36kilometres remaining, although he was able to complete the 256km race.