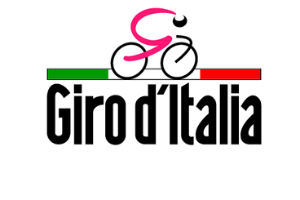 Running from May 4 to 26 and celebrating its 96th edition, the Giro, like its French cousin the Tour de France, has its roots in newspaper circulation wars. In August 1908 the Italian sports paper Gazetta dello Sport announced the inaugural staging of the Giro which it planned to organise along similar lines to the car rally supported by their rivals Corriere della Sera; nine months later, May 13, 1909, and the Gazetta’s founder Eugenio Camillo Costamagna, along with director Armando Cougnet and its editor Tullio Morgagni unleashed the first edition with 127 riders set to race from Loreto Place in Milan. Eight stages and 2448 kilometres later Italy’s Luigi Ganna claimed the 5,300 Lira prize and his place in history as the first ever Giro d’Italia winner.

Always an epic opener to the big races of the year, the 2013 Giro will see particular attention paid to Bradley Wiggins, who has made it clear that the Italian race is a major goal for him (although, much the annoyance of Chris Froome, he’s also targeting a TdF double). Speaking ahead of this year’s Giro Wiggins comments, ‘Alongside the Tour de France and Paris-Roubaix the Giro d’Italia is one of the biggest bike races in the world and one I’d love to win. I’ve watched the Giro since I was a kid and have seen my idols win it, which makes it even more special.  It has always been a race that I’ve wanted to ride well in and I just can’t wait to get started. I believe the (Sky) Giro team this year is just as strong as the Tour de France team last year and the results prove that everyone is ready to go.’