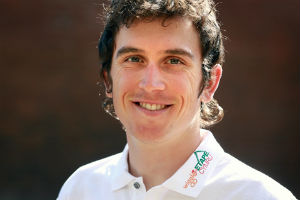 The route for the 2013 Wiggle Etape Cymru, widely regarded as the toughest closed road sportive in the UK, has been unveiled by Team Sky rider and event ambassador Geraint Thomas. Starting and finishing at Bangor-on-Dee Racecourse, Wrexham, North Wales, the 88mile route takes in both fantastic views of the Vale of LLangollen and the infamous Horseshoe Pass, where riders will tackle the 6.1km timed climb with 317m of ascent and a gradient that reaches 20% on the bends; all of which makes this sportive something of a beauty and a beast.

Plenty of fuel on the way though, with 6 feed stations dishing up an unusual combination of Welsh rarebit, salted potatoes, bananas and PowerBar drinks and gels. Commenting on the nutritional side of things Thomas says, ‘It’s important to note where the feed zones are. A bit of Welsh rarebit always goes down nicely so make the most of that… It’s a challenging route, but it’s a great chance to get out and enjoy the roads. It’s not every day the roads are closed off and members of the public get to ride on them. As cyclists we take it for granted.’

The Wiggle Etape Cymru takes place on Sunday September 8 and participants will be encouraged to fundraise for the Official National Charity Partner Macmillan Cancer Support. Full route details and entry at humanrace.co.uk