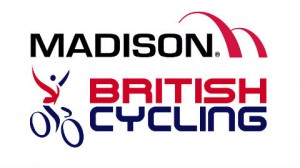 British Cycling has announced that it is renewing its contract agreement with Madison as an official supplier. The partnership, first formalised in 2009 through the Shimano brand, has gone from strength to strength and gives British Cycling access to products from across the Madison stable of brands to support the development of the GB Team – the renewal means that the agreement will be in place beyond the Rio Olympic Games in 2016. Madison will also be supporting British Cycling through participation programmes, their ongoing membership drive and additional initiatives such as the Insight Zone, the online expert-knowledge resource open to all (see britishcycling.org.uk)

Commenting on the agreement British Cycling’s chief executive, Ian Drake, said, ‘Madison is the market-leading cycle products distributor in the UK and we are looking forward to a further four years of partnership on the road to success in Rio. Our membership has just reached the 75,000 milestone and the additional support brought to British Cycling through this agreement further highlights the strength of the programmes we are running outside of the Great Britain Cycling Team… This relationship not only benefits British Cycling as an organisation, but also the sport of cycling at all levels.’

For further information on British Cycling see britishcycling.org.uk and for Madison madison.co.uk