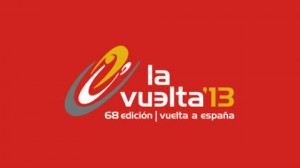 The victory demonstrates a change of fortunes for Brajkovic who had to withdraw ahead of the Giro d’Italia with a stomach virus and then completed only six stages of the Tour de France before a crash ended his campaign. Commenting on his victory at the Vuelta a Espana the Slovenian said, ‘This was my lucky day. From the moment I woke up to the moment we crossed the line, everything went right. It’s nice to wear the red jersey after so much bad luck this season, and I am especially proud of how strong the team is. We are here to try and wear this jersey on the final day in Madrid, and today is a good indication of our intent…’

Astana Pro Team Director Sportif Alexandr Shefer added: ‘We have never won a TTT before. Second, third, we always seem to miss that one thing, that one element. Today we did everything right, and we finished with six of nine riders. Everybody worked tremendously hard today to do this time trial right, and to take the leader’s jersey on the first day is a proud achievement for our team.’