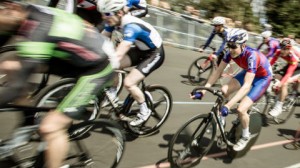 David Cameron certainly seems to be taking two-wheels a little more seriously (insert your own cynical quip here), following on from the announcement of Ł94m in funding for both national park and city cycling schemes comes the news that this week’s recipient of the Big Society Award is Herne Hill Velodrome.

The Velodrome, a truly iconic 450m track and the last remaining venue from the 1948 Olympics still in use, provides an open-to-all facility that actively encourages grass-routes participation, yet just until three years ago when local residents and volunteers joined forces with British Cycling it’s closure and demolition seemed certain. The campaign to save the facility was led by local resident Hillary Peachey who, with a group of friends and the Velo Club Londres (vcl.org.uk) began the Save the Velodrome campaign which has successfully led to ongoing improvements and regeneration.

Peachey, now Chair of the Herne Hill Velodrome Trust, said of the Big Society Award, ‘It is great for us all to be recognised by the Prime Minister for our efforts,’ but went on to warn: ‘We will launch a fundraising campaign in September for the third phase, the development of a new pavilion on the site. We desperately need new indoor facilities – space for specialised training sessions, for clubs and user groups, for showers and toilets, for changing rooms and for a cafe …The track itself is thriving and we want to inspire a greater range and ability of cyclist, from toddlers on balance bikes, women and disabled riders on hand bikes. What better 125th birthday celebrations could we have in 2016 than to celebrate the opening of a new pavilion?’

For his part the Prime commented: ‘Although the 2012 Olympic and Paralympic Games remain fresh in all our minds, it is great that there is still a legacy from the 1948 Games in South London… Thanks to the hard work of local people and a bit of help from inspirational cycling heroes, cyclists of all ages and abilities can now enjoy using Herne Hill velodrome and maybe one day follow in the footsteps of Bradley Wiggins, Chris Hoy, Victoria Pendleton and Chris Froome.’

For further information on the Big Society scheme and awards see bigsocietyawards.org and for details of Herne Hill Velodrome, including how to support the ongoing fundraising initiatives, see hernehillvelodrome.com