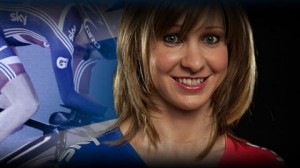 Mark Cavendish and Joanna Rowsell are amongst the six GB athletes heading to Ghent for the International Belgian Open (September 6-7) in an attempt to earn qualification for 2013/14 UCI Track Cycling World Cup series; they are joined by Jon Dibben, Owain Doull, Steven Burke and Ross Edgar. Dibben will contest the omnium, Steven Burke and Joanna Rowsell the individual pursuit and Ross Edgar, riding for Scotland, the scratch and points races, whilst Cavendish and Doull will compete in the scratch race and together in the Madison.

Cavendish has twice been a world champion on the track in the Madison (2005 with Rob Hayles in Los Angeles and 2008 with Bradley Wiggins in Manchester); he also won gold at the 2006 Commonwealth Games in the scratch race for the Isle of Man, but missed out on a medal in the madison with Wiggins at the 2008 Beijing Olympics, finishing ninth. His participation at the International Belgian Open keeps alive his chances of track inclusion at the Rio Games.

Rowsell’s appearance in Ghent comes as something of a surprise, making a much earlier than expected return from injury (a fractured collarbone). But as she comments on her blog: ‘Just 2 weeks ago I thought Gent would be a long shot but with my progress last week I am now confident I will have recovered enough from the injury to compete. The advice is not to ride for 6 weeks after the operation and this event will be 4 weeks 2 days post op, but the likelihood of me crashing in an individual pursuit is so low; if I did come off something would have gone very seriously wrong!!’