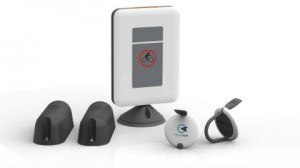 As of October York will become the first city in the world to fit their inner city buses with Cycle Alert, a cycle specific detection system, with the launch of a partnership between the system’s developers, The University of York, City of York Council and Transdev Unibus. The Cycle Alert comprises of three elements: a tag fitted to the bike (or worn by the rider), sensors that are fitted to the HGV, bus or other vehicle, and a cab-mounted device to alert the driver of the cyclist’s proximity.

York already has some of the best cycling infrastructure in the country, with Sustran cycle routes replacing old train tracks and an extensive network of off-road cycle paths and on-road cycle lanes. Fiona Macey, Travel Plan co-ordinator, University of York, commented on the partnership: ‘We are thrilled to be working in partnership with Transdev Unibus and the City of York Council to be the first UK city to pioneer the use of Cycle Alert on our University bus fleet. The University is committed to promoting sustainable modes of travel and Cycle Alert will be a huge benefit to our cyclists and city wide.’

When the system goes live on October 10, Cycle Alert cyclist tags will be available at Ł25 from both the York Students Union Store and getcycling.org.uk

Find out more about Cycle Alert at cyclealert.com