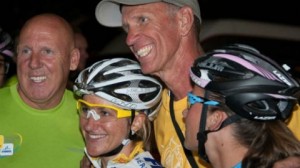 American cyclo-cross racer Amy Dombroski has been killed after being hit by a truck whilst motorpacing training in Sainte-Catherine-Waver, Belgium; it is reported that the motorpacing scooter driver was unhurt and that the 52-year-old driver of the truck was not under the influence of alcohol. Originally from Jericho, Vermont, 26-year-old Dombroski joined Belgium’s Telenet-Fidea cyclo-cross team and was consider a major rising star. She was a triple under-23 National Champion in cyclo-cross, a title winner in both road and mountain bike disciplines, and a frequent member of the American cyclo-cross World Championships team. She was engaged to motocross rider Ryan Rozinski.