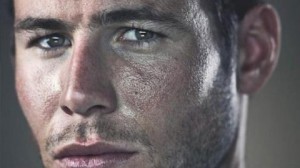 There’s really no arguing with the fact that Mark Cavendish has achieved incredible things for a 28-year-old – so much that it more than justifies the publication of At Speed, a book that amounts to volume two of his autobiography. Boy Racer was published back in 2010 and, to be slightly reductive, whilst it dealt with the ‘getting there’, At Speed covers the ‘being there/staying there’.

Of course much has happened in the intervening years both personally (marriage, the birth of his daughter to whom he dedicates the book) and professionally – the small matter of a World Road Race title, the London Games, jerseys at all three Grand Tour events –and At Speed recounts what this period has meant to and for him. Cavendish opens with a thrillingly recounted ‘Prologue’ chapter on the World Championship road race in Copenhagen before taking an occasionally non-linear journey through the other ups and (occasional) downs of his recent career across three teams. As befits a cyclist who places equal emphasis on mental as physical prowess – he’s an avid Sudoku solver – he never presents excuses for his failures, just highly analytical and insightful reasons, this alone raises the book above many in the genre.

At Speed is co-written by Daniel Friebe, author of Eddy Merckx: The Cannibal and Mountain Higher (see Cyclo review here) but there is a real sense of Cav’s own voice throughout. His fastidious and sometimes foul-mouthed approach and take doesn’t feel tempered by Friebe, though this of course is the art of a good ghost-writer and having worked together on Boy Racer a symbiosis is inevitable. There is perhaps a lack of insight into some aspects of Cav’s personality which we would have expect to be explored further – particularly his bad-boy image, which was hinted at in the title of Boy Racer. But regardless At Speed is a credible and highly readable second instalment and with no sign of tailing off in performance there’s bound to be room for this in volume three…