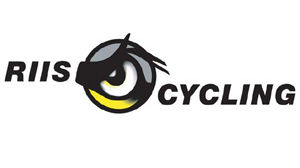 Team Saxo-Tinkoff continue to strengthen their team ahead of the 2014 season, signing Danish talent Jesper Hansen as a neopro. The 23 year old climber has agreed to a contract for the coming two seasons after a successful stint as stagiaire during the autumn of 2013. Hansen was part of Team Saxo-Tinkoff’s line-up for the USA Pro Challenge, and finished sixth in the young rider classifications and 26th overall. Earlier in the season as a rider for continental outfit Team Cult Energy he finished in seventh place in the GC in Glava Tour of Norway.

Hansen commented on his signing, ‘It has been a both fantastic and educational autumn for me being part of the team. First and foremost, the level of professionalism both on and off the road has been an experience for me, and especially being part of the team’s lineup for the USA Pro Challenge in Colorado stands out for me as something to remember. Now, I look very much forward to continue my development in this team and get the new season started…’ Team owner Bjarne Riis added, ‘I see a huge potential in him. He is an exceptional climber, and I believe he can grow into a fantastic stage racer in the future.’