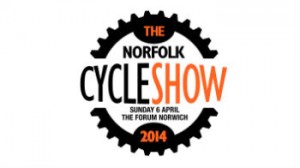 The Norfolk Cycle Show is back for its second year on Sunday April 6 with another fantastic line-up of events and a charity cycle ride for good measure. The Flying Scotsman, Graeme Obree, who twice broke the world hour record (in July 1993 and April 1994) and was crowned Individual Pursuit World Champion in 1993 and 1995 heads up the special guests with a Q&A and photo opportunities. The show also brings together other special guests including former Team Sky Director Sportif Sean Yates, National Time Trial record holder and Cycling Weekly writer Michael Hutchinson, who is the most prolific male time trial racer of all time winning 56 national titles, and who holds records at 10, 25, 50 and 100 miles and has been Brompton World Record holder for the last 3 years. Cycling author Rick Robson will also be on hand to talk about his latest bike adventure with Obree.

With no admission charge the event, which takes place at The Forum in Norwich, is designed to attract cyclists from complete beginners to serious enthusiasts and celebrate everything on two wheels. A special Family Charity Ride will take place on the day around Chapelfield Gardens. At just Ł2 each entry, riders will be able to choose their mode of transport from quirky four-man carts to tandems and MTBs.

Full details at revolutionevents.co and you can keep up to date with everything on Twitter @revoluvents