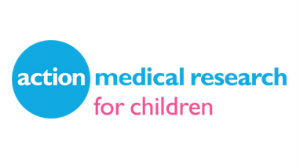 The children’s charity Action Medical Research has a passion for all things cycling and to celebrate yet another successful season in the saddle, it will be hosting the fifth annual Champions of CycleSport Dinner with cycling legend Chris Boardman MBE as Ambassador. The event will be held on the  November 27 at the Battersea Evolution and is sponsored this year by both Broadstone and BDO LLP. Guests can dine with some of the world’s greatest cyclists at this unique sell out event, raising funds for sick and vulnerable babies and children. Attendees can rub shoulders with Olympic Gold medallists and a whole host of exceptional champion cyclists at the star-studded dinner – the ultimate cycling night out.Sir Dave Brailsford, Martyn Ashton, Ian Wilkinson, Yanto Barker and Jody Cundy MBE are already on the list to attend.

Boardman comments, ‘I’m very proud to be an Ambassador for the Champions of CycleSport Dinner. It’s a fantastic event and it’s a fantastic charity, which I know firsthand as my son George was born prematurely and benefited from the work which charities like Action do.’

The event will be supported by Media Partner Rouleur for the third year running and the partnership will mean some fabulous offers and prizes will be available for guests.

There will be a live demo on the night from world record BMX Flatlander, Matti Hemmings and music until 2am, as well as a live and silent auction. Prizes include money can’t buy ride outs with some of the world’s greatest cyclists, signed memorabilia, tickets to VIP hospitality at the 2015 Tour De France, a day in the team cars and much more.
For further details see action.org.uk