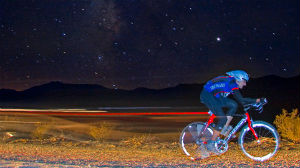 An epic of an American ride and this year marks the 31st Anniversary of The 508 Bicycle Race, which is now officially known as the Silver State 508, and was founded by John Marino in 1983; it’s widely regarded (certainly promoted) as ‘The Toughest 48 hours in Sport’.

This 508-mile race (hence the name) is revered the world over for its epic mountain climbs, stark desert scenery and desolate roads and the 2014 race route will be based in Reno, crossing northern Nevada on Highway 50, known as ‘the loneliest highway in America.’ Solo, two-person relay, and four-person relay divisions are offered with a field limit of around 250 racers; 70 soloists and 70 relay teams.