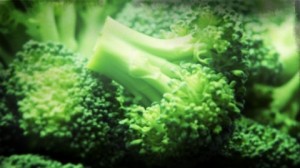 People involved in regular endurance sport training generate huge amounts of things called free radicals as a result of using oxygen to produce energy. These cause damage to DNA, molecules and tissues and this understanding initially poses a potentially confusing question: is exercise bad for you?

Whilst exercise does stress the body, leaving it in a worse state than at the start of a hard/long session, race or event, the recovery is where the magic happens. It is through the recovery from the stress that we become fitter and healthier. During recovery, the body’s natural anti-oxidant defences are stimulated to fight off and destroy all the invading free radicals, while the body also adapts to become stronger resulting in less DNA damage.

Obviously too much DNA damage would always be bad and it is for this reason that there is a limit on how many Ironman – or similar ultra-endurance events – can be raced within a 12-month period for example. However low levels of stress caused through regular training appears to have a positive effect on the body. This vaccination-like reaction is known as Hormesis. Derived from the Greek for ‘to set in motion’, Hormesis goes some way towards explaining how (although the exact mechanism is not fully understood) low levels of stress or toxins have the opposite effect on the body to that of higher levels – a common vaccination, for example, introduces small, controlled amounts of a disease into the body to activate natural defence or repair responses.

Over the last few years it has become clear that many plant foods also have an antioxidant effect. Indeed, dark, red, green and purple fruits and vegetables have been praised for having such a healing effect on cell damage that regular broccoli is thought to half the risk of death in women from breast cancer (see, for example, cancer.org). This is obviously impressive and potentially wonderful news, but for the athletes, does that mean that the dietary plant antioxidants will chase away and destroy the free radicals in the body resulting in lazy bodily defences that undermine the positive effects of exercise? In other words, do endurance athletes need to choose whether to be healthy or adapt well?

No. Firstly, researchers into the positive effects of cherry juice have suggested that even if this was true, plant based antioxidants would likely speed up recovery enough that athletes could train more often causing smaller, but more regular, ‘hits’ of stress to the body which over time could be beneficial. However, more recently, this has actually been tested and what was found was that eating foods high in antioxidants, didn’t do all the work for the body, in fact they boosted the natural free radical fighting antioxidant processes. Interestingly though, supplementation with Vitamin E and C did undermine the physical processes, meaning poorer recovery and adaptation to exercise sessions.

Antioxidants are exactly that, they are anti-oxygen, so, as athletes, we want to eat lots of vividly colours fruits and vegetables that don’t go brown the moment they are exposed to the air. This means that while apples and bananas aren’t rich in antioxidants (although they are rich in many other nutrients), berries, citrus, dark green leafy veg and green tea are all a must for anyone who’s keen on being not just a good athlete, but as healthy as possible – and that should be everyone…

Joel holds an MSc in Nutrition from Bristol University and BSc Sport Science and coaching from Brunel University, he is a respected educator for SportScotand and launched a Performance Triathlon Squad in summer 2014. In addition to this he is also an accomplished triathlete himself having raced in four European Age Group Championships (2008, 2009, 2010 and 2013) three World Age Group Championships (2009, 2010, 2013), the British Super Series and the Outlaw Iron Distance Event. His sponsors include Clif Bar, claireLOGIC Ltd and Zoggs. For more information on Joel’s squad and work see joelenoch.com