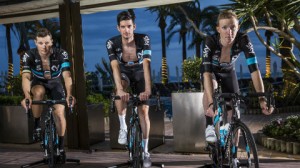 Wahoo Fitness, the world leader in smartphone-powered fitness hardware, has extended its successful partnership with Team Sky for a third year. The 2016 deal sees the expansion of Wahoo’s relationship to become the Official Supplier of bike trainers and heart rate monitors to Team Sky. Team Sky will now use the Wahoo TICKR to track their heart rate data, alongside the KICKR which has been used for the last two seasons for race-day warm up and cool down.

Carsten Jeppesen, Head of Technical Operations and Commercial for Team Sky, comments: ‘With heart rate data continuing to be of the utmost importance, the addition of the TICKR to our training will give us the reliability and accuracy to use that data in the most effective way.’

Chip Hawkins, CEO and Founder of Wahoo, adds: ‘Team Sky continues to be an excellent partner for us – from gathering rider feedback on our products, to working collaboratively on future innovations, the team shares our absolute passion for taking performance training hardware to the next level, and 2016 will be no different.’

Further information on the Wahoo Fitness TICKR and KICKR products at uk.wahoofitness.com 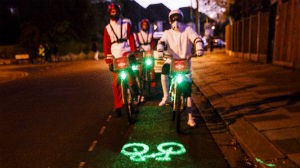 The Mayor of London Boris Johnson, Transport for London (TfL), and Santander UK have today announced that all 11,500 Santander Cycles, will be fitted with Blaze Laserlights over time from early 2016. The Blaze Laserlights project the symbol of a bicycle shape six metres in front of the cycle, onto the ground, giving the cyclist a larger footprint on the road. This makes their presence known, alerts drivers to their approach and helps ensure they are seen when otherwise they might be invisible, for example when they are on the near side of a vehicle turning left. An integrated version of the Laserlight will be installed directly into the bike frame to ensure the image is projected at the ideal position for both cyclists, drivers and pedestrians. The Laserlights will only come on only when it is dark to save energy.

After a successful trial with overwhelmingly positive feedback and strong independent test results, the Laserlights will provide a bigger, brighter presence on the road and early warning of a cyclist’s proximity. The project is largely funded by Santander UK as part of the partnership with TfL.

Boris Johnson comments: ‘It’s fantastic that our Santander Cycles will be able to bring light to the dark side of the street with these nifty Blaze Laserlights. We’re always looking to develop new and innovative ways to help people cycle around the Capital more safely and these green lights will help all our cycle hire users to stay seen at night. I’m delighted that through this great partnership, we’re able to help improve safety and support the enterprise of another brilliant London start-up.’

Read the Cyclo review of the Blaze Laserlight here.

Headkayse is the latest cycling innovation to launch on crowdfunding site Indiegogo. Described as ‘a game changer in cycling helmets’ the Headkayse is foldable and aimed predominantly at commuters and cycle hire users. It also uses an innovative material, Enkayse, in its construction, which is claimed to be able to withstand multiple impacts without loss of performance, compared to the EPS used in more traditional cycling helmets.

HeadKayse is currently seeking Ł60,000 in crowdfunding for production on Indiegogo, with the campaign closing on December 20. If it meets its target, Headkayse will retail at Ł90 with a universal fit that adjusts and moulds in-use to every head shape and size from kids to adults. The fold system allows the user to reduce the size of the helmet to 50% of its original size, taking up just 2.5 litres of bag space.

Technical Director of Headkayse, George Fox, comments: ‘For the last 40 years, cycle helmets have been made from expanded polystyrene which is effectively thousands of small rigid air bubbles, which under a particular level of impact break compress to dampen the eventual impact with objects, providing sacrificial protection. EPS is stiff, brittle and permanently damaged on even small impacts – as recommended by the manufacturer the helmet should be replaced. But what if materials could provide protection without the sacrificial degradation – a multi-hit helmet? That’s what we have created, with a new material, Enkayse that achieves the very highest standards with repeatability and is foldable to boot.’

Further details of the HeadKayse campaign on Indiegogo.com and on headkayse.com 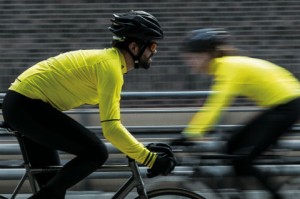 With the winter months edge closer, adidas launches its FW15 adistar belgements collection of apparel, built to perform in the worst conditions whilst embodying all that adistar is renowned for: aerodynamic race fit, industry-leading innovation, and sleek designs.

Designed to stand up to all-day rides in cold weather, the adistar belgements FW15 range includes a unique fabric composition for tough winter conditions. There are also a host of technical modernisations including Primaloft insulation to the jackets and DWR coating and finishes to all jackets and jerseys, which protect from water spray and snow, and ensure the outer surfaces are quick drying and easily packable.

The FW15 range includes the adistar belgements jacket (male Ł140, female Ł135), jerseys – which are ‘jet fighter wing inspired’ – at Ł95, bibtights at Ł150 and adidas netz.werk base layers priced at Ł35. All are available now at adidascycling.com

Take a look at the new apparel as it was put through its paces by the Berlin based team, 8 Bar, below: 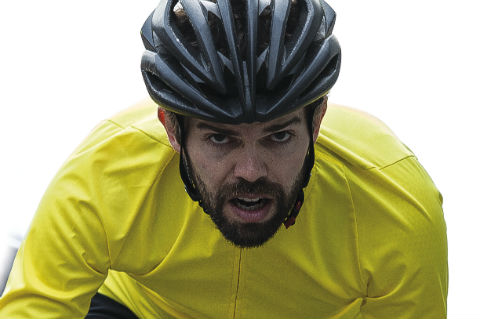 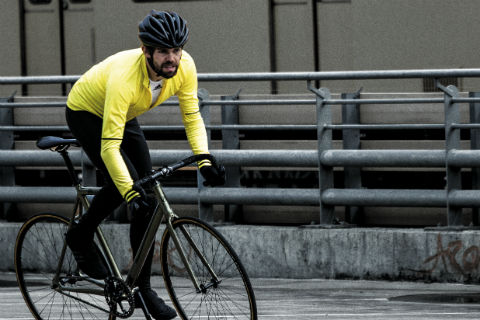 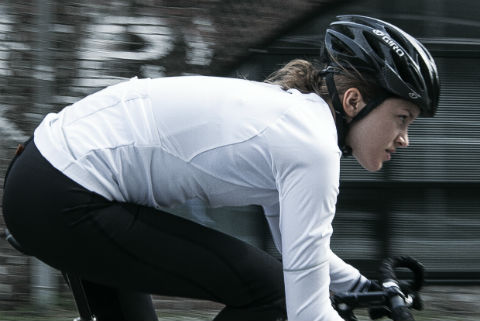 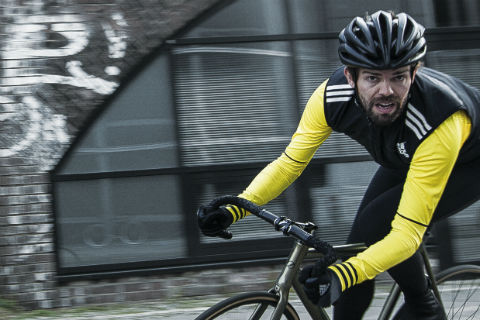 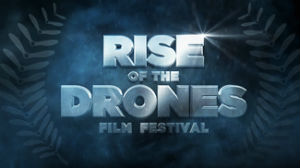 Epic TV – the online action and adventure sports channel – is hosting the world’s first large scale, international drone film festival on Thursday October 15. The Rise of the Drones Film Festival features the best of the 86 incredible films submitted with 28 different sports categories (including plenty of bike action) from 20 different countries from France to the US to Bali.

Taking place at Forge Bar in London (map here) from 6.30 to 10pm the event is free to attend but tickets must be pre-booked to guarantee access at eventbrite.co.uk

Further details of all things Epic TV at epictv.com and to whet your appetite here’s a look at our favourite so far… 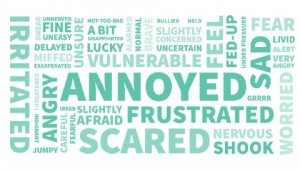 The Near Miss Project – a pioneering study researching cycling incidents that don’t result in injuries: ‘near misses’ – is returning for a second year and is calling on cyclists from across the United Kingdom to be involved.

Registration for the study, which takes place between Monday October 19 and Sunday November 1 is open now. Participants will be asked to complete an online diary for one day over a two-week period, sharing experiences from their cycle trips on that day and whether they have had any near miss experiences. Cyclists wishing to sign up to take part in the Near Miss Project’s second study can find out more information and register interest on nearmiss.bike

Study lead and Senior Lecturer in Transport at the University of Westminster, Dr Rachel Aldred, commented ‘The Near Miss Project was the first to generate per-mile near miss rates for cyclists in the UK. The second year will take this forward, asking whether things have changed, and gathering more data that will allow us to drill down into different incident types and how they affect people. Increasingly organisations such as TfL are seeing near misses as very important both for improving cycling experience, and for helping to reduce injury risk.’

A new addition to this year’s Near Miss research is the inclusion of a question exploring participants’ cycling experience – and whether they are new or returning cyclists, or have been cycling for a year or more. This addition is in response to suggestions that this might make a difference to near miss rates.

Organising partner, Blaze, creators of the Laserlight, an innovation that helps increase cyclists visibility by projecting a bike symbol ahead of them, was instrumental in the facilitation of this study. Blaze Founder & CEO, Emily Brooke said: ‘We are so pleased that the Near Miss Project is back for a second year. Data collection from cyclists is imperative to helping people better understand how to make cycling safer, for everyone. The 2014 study attracted 1,500 people and this year we want to get at least 2,000 signed up from all over the United Kingdom. We urge everyone to get involved and help achieve our overall aim of helping to making the roads safer for cyclists, pedestrians and motorists.’

Further details of the Near Miss Project at nearmiss.bike 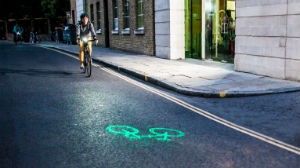 With the clocks about to change (October 25), but with nights already drawing in it can be difficult to judge when bike lights are needed. But thanks to the good people at Blaze there’s a simple solution at doineedmybikelight.com

The micro-site features a simple journey calculator, which allows visitors to input their morning and evening commute start times and journey duration to quickly gage when lights are required. It’s a neat solution and one that can stop you from getting caught out with the ever-shortening days.

Blaze produce the Laserlight, an innovative product that helps to improve cyclist’s visibility over and above any other bike light on the market, with studies showing that it increases cyclist visibility to 96% compared to just 74% for normal LED bike lights. By projecting an image of a bike ahead of the rider, the Laserlight tackles the biggest risk to urban cyclists –vehicles turning in front of their path when travelling straight ahead – which is the cause of 79% of cycling accidents. Further details at blaze.cc 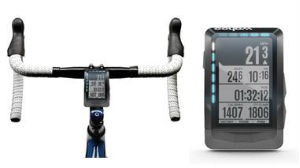 Wahoo Fitness have unveiled the ELEMNT, a GPS-enabled cycling computer designed to ‘transform the way people experience and interact with their ride data.’ By streamlining the user experience and simplifying the setup process, the ELEMNT allows riders to put the focus back on their ride, providing a seamless connection between the rider and their data.

The ELEMNT companion app, available on both iOS and android platforms, automates the ELEMNT pairing and manages the configuration process for fast, frustration-free setup and personalisation.

The ELEMNT, available later this year, will retail at of Ł279.99

Full details of all Wahoo Fitness products and apps at uk.wahoofitness.com