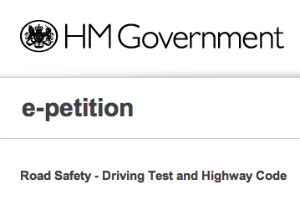 An e-petition for cycling awareness that calls for changes to the driving theory and practical test and supports British Cycling’s Road Safety manifesto has been set up by one of its members, Mike Higgins. The e-petition has already attracted more than 15,000 signatures and has been leant support by cycling legend Chris Boardman who comments, ‘It’s common sense, we should make sure that all new drivers are taught how to be careful around cyclists’.

Higgins was moved to establish the e-petition after the tragic death of a cyclist near to his home in Leicestershire. 100,000 signatures are needed for the petition to be debated in parliament, but with your help that could easily be achieved well before its close in January next year. For more information on British Cycling’s Road Safety manifesto, which calls for ‘…changes to the driving test to make cycle awareness a core part of driver training and testing with emphasis on how much space to give cyclists and how to safely overtake cyclists’ see britishcycling.org.uk – to sign the e-petition visit epetitions.direct.gov.uk 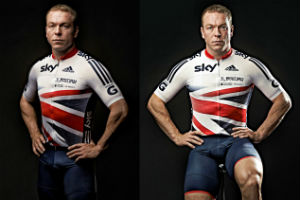 Looks like everyone’s getting new kit for the New Year, with adidas revealing the latest British Cycling team kit for the 2013/14 season. With some elements having been tested in action over the last two years on the UCI Pro Tour, it is described as ‘the most innovative ever launched’, with the new design combining the aerodynamics of time trial skin suits, the comfort of elite stage race jerseys, ‘classic’ Italian manufacturing and reflective elements to enhance visibility. The key innovation feature within the new adistar British Cycling range is the bolero – a one piece aerodynamic leading edge – just like the front of an aeroplane’s wing, designed to deliver maximum efficiency and speed for the rider.

Commenting on the launch, which will be officially made at the London Cycle Show on January 18, adidas Sport Performance have said: ‘The new kit marks a new chapter in a longstanding partnership spanning seven years, during which adidas have provided British Cycling with performance kit that has helped contribute to an unprecedented period of success for the team, with 26 Olympic medals, 42 Paralympic medals and 52 World Champions.’ Replica kits will, of course, soon follow with cyclists of all levels and tastes catered for, with the range breaking down into four separate lines aimed at competitive riders (adistar), sportive cyclists (supernova) and everyday commuters (response & tour). 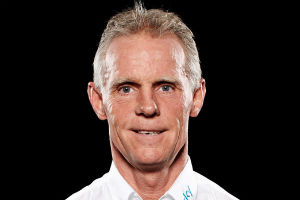 Just as the good news that Bradley Wiggins has been released after a night spent in hospital being treated for a broken index finger and fractured ribs after he was knocked from his bike yesterday (November 7), it has been reported that Shane Sutton, head coach at Team Sky, has also been involved in an accident. The 55-year-old Australian, who is also British Cycling’s head coach, was reportedly knocked from his bike earlier today on the A6 near Levenshulme in Manchester.

A spokesperson for British Cycling said: ‘British Cycling has confirmed that Shane Sutton, head coach for the GB Cycling Team, was involved in an incident this morning on the A6 near Levenshulme in Manchester. Shane was taken into hospital where it was identified he has suffered bruising and bleeding on the brain… Shane was wearing a helmet. He is set to undergo more tests, and is likely to stay in hospital for the next few days.’

Labour leader Ed Miliband has stated that he is fully in favour of making Britain into a nation of cyclists on a par with Holland and has endorsed the views of shadow transport secretary Maria Eagle that cycling should play a key role in any new transport projects in the UK. Speaking at the headquarters of British Cycling in Manchester, Miliband said he felt it was, ‘…incredibly important that people have safe places to cycle” in the UK.’

Also endorsed British Cycling’s campaign for improved conditions for cyclists, Miliband said, ‘Every incident involving a cyclist, the terrible tragedies that can happen, is a reminder that there is a lot more to do to make cycling safer in our cities.’ 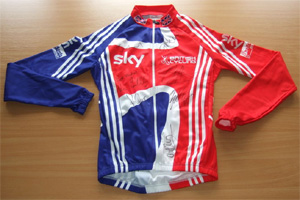 With Team Sky riding high at the Vuelta, Cyclo brings you a chance to bid for a UCI Pro Cycle jacket signed by Bradley Wiggins, Ben Swift and Geraint Thomas – proceeds from the eBay auction are going to St Mary’s Hospice in Ulverston, which means, if you win, you’ll look good and feel good. Otherwise (and with proceeds to the same good cause) how about a flutter on a British Cycling Team jacket signed by no less than Sir Chris Hoy, Victoria Pendleton, Jason Kenny, Craig Maclean, Chris Newton, Paul Manning and Ross Edgar. Go on, you know you want to…