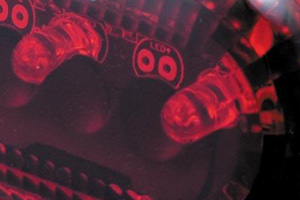 Back in September Cyclo published a feature on the often confusing legal situation regarding cycle lighting (read the original article here). In it Alex Bailey, Communications Officer for the CTC – the UK’s National Cyclists’ Organisation – offered this comment: “The long and short of it is that lighting regulations have lagged behind lighting technology. In practice, even entry level lights made by an established cycle lighting manufacturer are far brighter than their historic counterparts, LED technology representing a step change for the industry with its massive efficiency improvements over the tungsten lighting that the BS regulations were written for.” In response, and in many ways proving how divisive an issue this is can be, Chris Juden, the CTC’s Senior Technical Officer, asked us to run the following:

“I disagree with Alex (Bailey). The design-restrictive clauses about tungsten bulbs were deleted from BS6102 almost a decade ago. It is perfectly possible to design a state-of-the-art cycle headlamp that will meet consumers’ needs wonderfully and also get British legal approval. But nobody does.

“Why? Because British approval is slightly different to French approval, which is different to German approval, Swiss approval, Danish approval …  To thrive or even survive in today’s world market a manufacturer must sell his goods to many countries, and since there’s no prohibition on the sale of “additional” lights that do not meet approval but are legal in addition to the approved lights (which unfortunately have become like hens teeth) there’s no problem in designing any which way they like!

“What has really changed since BS6102/3 was fit for purpose is that Britain is no longer the cycle workshop of the world and Britons no longer cycle very much. The only European country that can still call the shots with its European vehicular-style bike lighting regulations is Germany – and only when it comes to dynamos. There being 80 million Germans, who each cycle 5 times as much as the average Brit, spend ten times as much on bikes and bike parts and are required by German law (which they mostly obey) to use only a dynamo of specific voltage and wattage. Other European countries either follow in the wake of the Bismark or de-regulate. Except Britain, which demands adherence to a high standard – that the whole world ignores.

“The cycle trade should be banging on the doors of the transport ministers demanding the de-regulation of cycle lighting, since virtually all of the lamps they are selling do not meet the letter of the law and never will so long are there is not one common European Standard for cycle lights (like there has been for car lights like almost forever). But the trade do not do this. Reason: it draws attention to the fact that the stuff they’re selling already is not approved. A sign that says none of the lamps we sell are approved (or you can’t ride at night on these pedals because they don’t have reflectors) is as welcome in a bike shop as a fart in a spacesuit. It’s much less trouble and more profitable to keep on pretending that everything in the cycling garden smells of roses!”

Here at Cyclo we rather suspect that won’t be the end of it. If you want to get in touch and let us know your thoughts on lighting regulations (or any other subject) please get in touch. You can contact the Editor here.

Back in March Cyclo reported that somewhere in the magnitude of Ł10 billion (yes, billion) could be required to fix the potholes that blight the UK’s roads. As far as we know that sum still hasn’t been found, but on a sunnier note the CTC (the National cyclists’ organisation), in association with the construction company Aggregate Industries have just announced Britain’s Best Performing Pothole-filling Council. And the winner is…. Cheshire West and Chester Council.

The CTC has been monitoring various councils’ performances via it’s FillThatHole website (more than 11,00 holes were reported by cyclists) and were happy to declare that CWCC quickly dealt with all 47 troublesome wheel-bucklers. Several other councils – including West Lothian, Newham, Brent, Luton and Redbridge – also managed to score an impressive 100% fill-in record, but CWCC, with the most holes to plug, were deemed the winner.

Roger Geffen, CTC campaigns and policy director, says: “The public is very keen to see improved road maintenance standards, and this is particularly true for cyclists, as good surfaces are hugely important for their safety.”

News reaches Cyclo that a simply jaw-dropping Ł10 billion may be required to fix the UK’s increasing pothole problem, with an annual shortfall somewhere in the region of a Ł895m on the highways maintenance budget. The disturbing figures come from the Annual Local Authority Road Maintenance (ALARM) survey produced by the Asphalt Industry Alliance (for there is such a thing) and are, naturally, of concern for any cyclist that regularly runs the gauntlet.

At current maintenance levels, the average frequency for a road to be resurfaced and fully repaired is once every 65 years in England and once every 81 years for Wales. Yes, you read that correctly.

As a potential crumb of some comfort the construction company Aggregate Industries has joined forces with the CTC – the National cyclists’ organisation, who launched their fillthathole website back in 2007 – to reward the most proactive councils. Two categories are up for grabs, one for the council with the highest percentage of potholes fixed, and a “People’s Choice” voted on by the public via the website. Olympic cyclist Victoria Pendleton has put her weight behind the awards too, commenting that: “I’m getting involved because anything that showcases pothole repairs and encourages councils to improve their roads has to be a good thing for both cyclists and motorists.” Pendleton also gets to meet the winning councils later this year. Lucky lady.

CTC – the UK’s National Cyclists’ Organisation – has joined forces with Sustrans to launch a petition to fight against legislation in Northern Ireland that would make the wearing of cycling helmets compulsory. The bill, succinctly if rather boringly called the Cyclists Protective Headgear Bill, was voted in by the Northern Ireland Assembly in January 2011 (by a majority of just 2 votes) and, if approved by the Environment Committee, would see cyclist who fail to comply subject to a Ł50 fine.

Both the CTC and Sustrans are at pains to make clear that they are not “anti-helmet”, only that compulsory use leads, demonstrably, to a fall in cyclist numbers which in turn has proven to result in less safe cycling conditions for those who remain. They also claim that legislation is disproportionate to risk, is costly and difficult to police (better, it’s argued, to spend budgets on other areas of sustainable road safety) and can be discriminatory against those on lower incomes.

There is certainly evidence that mandatory headwear has a negative effect; in Australia both Melbourne and Sydney have seen numbers of their cycle hire schemes fall, whilst Mexico has recently revoked their helmet laws following a similar drop off in numbers.

For more information or register your support visit: www.ctc.org.uk