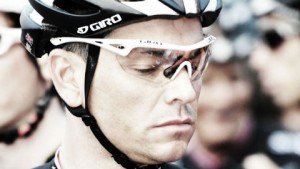 Former National Criterium Champion Graham Briggs is set for a return to Rapha Condor JLT for 2014, having spent the last two seasons with Team Raleigh. Briggs, a formidable sprinter who spent 2008, 10 and 11 with Rapha Condor, will form part of what looks set to be a strong Tour Series team, alongside the likes of Ed Clancy and Felix English. Commenting on his realigned loyalties he commented: ‘I’ve had two good years at Raleigh, but I decided that it was time for a change. I was part of the Rapha Condor Sharp team in 2011 when we had a really successful year, but after that the focus of the team changed and I wanted to go off and see how I could go leading a team…’

Thirty-year-old Briggs says he is also keen to play his part in the development of the young riders in the team: ‘I benefitted a lot from older riders passing their experience on to me when I was younger and I hope to be able to do the same now. I think that I am in the right stage of my career to do it now too. Two years ago I don’t think I would have much help for real young guys, but that is not the case now.’

Despite reports that Briggs will be racing in Rapha Condor JLT colours this Autumn, the Yorkshireman is in fact currently riding for the Rapha Condor Cycling Club, following his mutual agreement to part ways early with Team Raleigh. 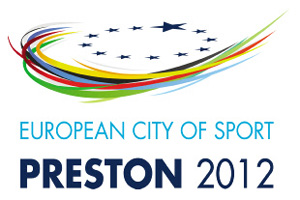 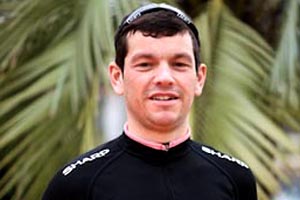 Graham Briggs completed Rapha Condor Sharp’s dream criterium season yesterday (Friday July 29) with a hugely popular win in the National Criterium Championships in Beverly, East Yorkshire. The race took place over a 1.25km circuit thorough the market town’s centre, lasting one hour ten minutes plus five laps. Briggs was rightly in jubilant mood, not only celebrating what is arguably the biggest win of his career, sprinting to victory ahead of a seven-man break that had dominated much of the evenings action, but also because the win came just two days after he returned from his honeymoon. Speaking after the race Briggs said, “I am delighted to win this one. I’ve just got back from my Honeymoon in France, so I knew I was well rested, but it took me a while to come round.”

Briggs will be wearing his new white, red and blue jersey for the first time at the Preston Grand Prix on Sunday August 7, while the rest of the Rapha Condor Sharp team will continue their Premier Calendar campaign at the East Yorkshire Classic tomorrow (Sunday, August 1).