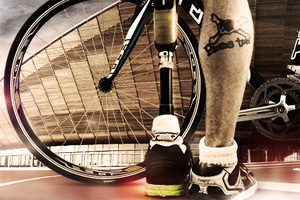 As if all the excitement and drama of the Paralympic Games isn’t going to be enough over the coming week-and-a-half, they will also be the backdrop for Director Dani Jariod’s latest documentary project ‘Unstoppables’, which follows the journey – begun more than two years ago – of Spanish Paralympic cyclists Juanjo Méndez and Raquel Acinas.

At 48, Méndez (who lost both an arm and leg to a motorcycle accident twenty years ago) is hotly-tipped for podium – quite possibly Gold – and says of his involvement in the film,  ‘I like being in this project because I think it can give more visibility to adaptive sports. Sometimes people don’t know what they are capable of.  They might worry that whatever happened to them that might seem to limit them. If I have reached this far, then anybody else can do it too.’ Unstoppables is produced by Black Train Films with part sponsorship by Cofidis – Cyclo will be following its progress, but for now further information is available from www.unstoppablesdocumentary.com