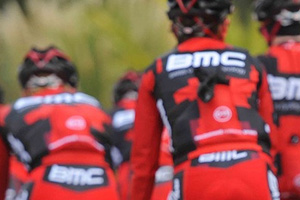 It has been announced that Yorkshireman Adam Blythe will be joining the likes of Philippe Gilbert and Cadel Evans at BMC Racing next season as he leaves behind Omega Pharma-Lotto. The team confirmed the 21-year-old’s appointment along with that of Belgian Klaas Lodewyck.

Blythe left the British Cycling Olympic Academy at the start of 2008 having taken gold medals in the team pursuit at the Junior European Track Championships in both 2006 and 2007. Moving to Belgium he won a series of amateur events before joining Team  Konica Minolta as a stagiaire (from the French for ‘trainee’) winning two stages of he Tour of Hong Kong Shanghai. He joined Omega Pharma-Loto – known at the time as Silence-Loto – in 2009 on a two year contract.

Commenting on the signing of Klass and Blythe, BMC President and General Manager Jim Ochowicz said: “We are pleased to welcome both Klaas and Adam to the BMC Racing Team family. They are both young talents that are fast, strong and ready to lend their skills to the BMC Racing Team. We will especially be looking to them to support our team leaders during the classics season and throughout the rest of the season.”