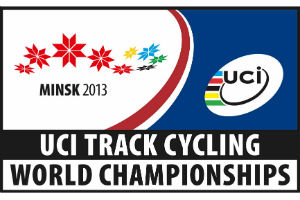 Day two of the UCI Track World Championships has proven considerably more successful for GB with Laura Trott, Dani King and Elinor Barker winning gold in the Women’s Team Pursuit, beating Australia in a time of 3m 18.140s. Due to rule changes coming into effect ahead of the Rio Olympics this was to be the last time the Women’s Team Pursuit was staged in its current incarnation before switching to a four woman, four km format; given that GB has truly dominated the discipline since its inception back in 2008 this has been a worthy swansong with ‘old hands’ Trott and King joined by A-level student Barker – who reportedly brought her textbooks with her to Minsk – delivering the perfect mix of experience and fresh talent that British Cycling Performance Director Sir Dave Brailsford had hoped for.