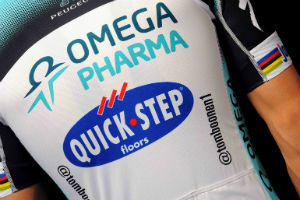 The International Cycling Union (UCI) has confirmed that it has been in talks with Omega Pharma-QuickStep owner Zdenek Bakala and his business partner Bessel Kok since late 2011 about possible restructuring of the pro road cycling calendar which would see the introduction of a whole new raft of races. The UCI have signed a Memorandum of Understanding with Bakala, Kok and other ‘cycling stakeholders’ to develop a Cycling World Series likely to comprise of 10 new four-day events that would run alongside a number of existing one-day races and the Giro, Vuelta and Tour de France. Crucially – and perhaps of most damage-limitation interest to the UCI – there would also be a fully transparent and far-reaching commitment to anti-doping.

Alongside Omega, it is believed that Vaconsoleil-DCM, Team Saxo Bank-Tinkoff Bank, Garmin-Sharp, Liquigas-Cannondale, Movistar, Rabobank and Radioshack-Nissan Trek have expressed an interest in involvement. Team Sky have yet to make their own position clear.

Amid growing press speculation, particularly that suggesting that this could mark the beginning of the end for the governing body’s outright control of the sport, the UCI have stated, unequivocally: ‘No agreement has been reached on the reforms that will take place to the calendar and as such any media reports about the future of the calendar are pure speculation at this stage. However, the UCI will retain full control over the calendar, including sporting and technical elements.’ 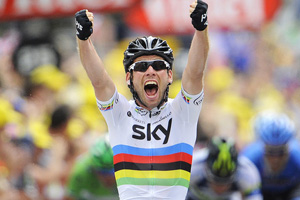 After months of speculation about his future Mark Cavendish has announced he is to leave Team Sky for Omega Pharma-QuickStep. Cavendish first made public his desire for an amicable split from the British team back in September after a frustrating year in which he has largely played a supporting role to Tour de France winner Bradley Wiggins. In an official statement Sky’s Team Principle Dave Brailsford said, ‘Mark has been a true champion for Team Sky this year. It’s been an honour having the rainbow jersey in this team and great to work so closely with a rider I’ve known since he was a junior… Cav won 15 races with us, including his first stage race, three Tour stages, and the fourth win in his unbeaten run on the Champs Elysees.’ Brailsford concluded: ‘We all wish Mark the very best with his future ambitions in a new team and as British rider.’

His move to the Belgian team, in part facilitated by the enforced departure of Levi Leipheimer after his implication in the Armstrong doping scandal, will see Cavendish reunited with Sporting Director Brian Holm from his days with HTC-Highroad.

Officially announcing the news, Quick-Step Team Owner Mr Zdenek Bakala said, ‘Mark is one of the most outstanding riders in cycling, a true star recognized internationally for his unique style and irrefutable athletic skills… His extraordinary sprint have become a cycling ‘must-see’ that can fire up crowds the world over. Cavendish himself added, ‘After a year of being part of the successes at Team Sky I’ve decided to leave to join Omega Pharma-QuickStep Cycling Team to pursue different goals. It’s been an incredibly fun year riding with friends I’ve grown up with but I’m super excited about riding with old friends and team-mates in one of the most successful and established teams in cycling. I believe in the team’s project and I’m thrilled to be a part of it.’ 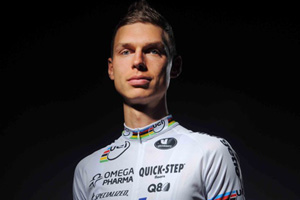 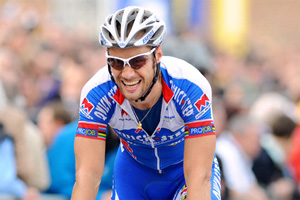