The elite women’s Derny Race features Laura Trott who comments: ‘The only time I’ve raced a Derny was back in 2010, and I became National Champion, so I’ve got a pretty good record so far! It’ll be nice to do something a bit different, and with the insane atmosphere that there always is in London, I’m hoping to continue my 100% record.’

On Saturday, February 28 Dame Sarah Storey will attempt to break the women’s UCI Hour Record with UCI President, Brian Cookson, there to witness the first ever women’s Hour attempt following rule changes last year. Jack Bobridge, who tried, and failed, to take the men’s record of 51.850km from Matthias Brändle’s in January, said of Storey’s attempt, ‘It’s one of the hardest challenges that a cyclist can take on, and the most surreal strain you’ll ever put your body through in the saddle… Sarah’s one of the world’s top riders and I wish her the best of luck for a great ride.’

22 teams, 219 riders, 21 stages and 3,404km of road, hill and mountain. Wiggins may be missing this year, but the British riders of the Tour de France 2013 are more than worth getting to know better. With 22 TdF appearances between them, an impressive amount of Giro and Vuelta experience plus an Olympic medal or two, the six Brits tackling the historic 100th edition of the Tour will help keep patriotic hearts in the mouth… 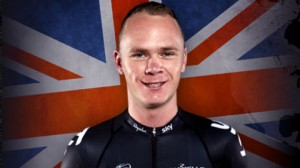 Need to Know: Snapping at the heels of Wiggins last year and likely only team tactics that held him back. Unencumbered and leading Team Sky for 2013, it’s going to be interesting to see what he can pull out of the bag, especially after such an impressive build to the TdF with wins including the Tour of Oman and the Critérium du Dauphiné. 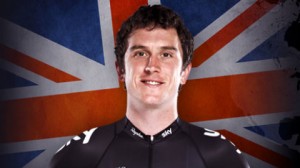 Need to Know: Thomas has his full attention back on the road following Olympic glory on the track in the Team Pursuit in 2012. Despite often being tagged a Time Trial specialist, he is rapidly proving himself a dependable all-rounder and he’s already proved his climbing legs during the 2011 TdF. Thomas will be lending strong support to Froome on this one. 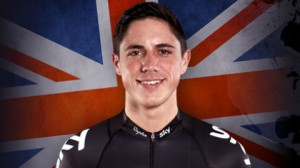 Need to Know: Another rider who focused much of 2012 on the track, bagging Gold as part of GB Team Pursuit, but making his TdF debut. Despite his lack of experience through France, Kennaugh brings experience of the Vuelta a Espańa and Giro d’Italia and with four podium positions in his last four National Championships he is a massively well respected member of Team Sky. At just 24, Kennaugh is the youngest Brit taking on the TdF this year.

Need to Know: The fourth Brit riding for Sky, like Kennaugh Stannard is making his Tour de France debut but as the 2012 British Road Race Champion and his reputation as a solid domestique he will be bringing plenty to the mix. Both his TT skills and climbing ability are improving year on year, making Stannard a cliché-making ‘one to watch’. 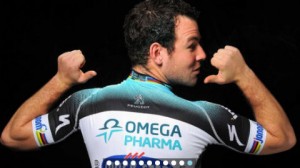 Need to Know: With six TdF appearances to his name, despite the 2007/8 withdrawals, Cav has an impressive number of stage wins to his name and with excellent looking form going into the 2013 Tour he will surely add to them to close in on the legendary Eddy Merckx’s tally of 34. Clearly frustrated at Sky, he now effectively has a team assembled around him hell-bent on making his ambitions come to fruition. It’s hard to imagine the Champs-Elysees without Cavendish launching himself hell for leather on the final day… 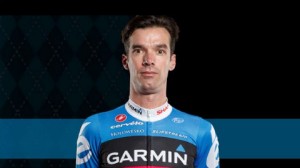 Need to Know: At 36 Millar is the oldest Brit in this year’s Tour, but just look at the experience he brings – 11 TdF appearances and one of the very few British riders (and youngest of any nationality) to have worn the leader’s maillot jaune. A dark past – despite plenty of penance – make Millar a controversial figure but his time trialing skills and general work ethic always make him worth watching.