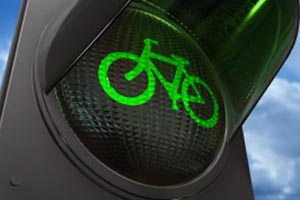 Guardian journalist Peter Walker has written passionately in his Bike Blog about this week’s press release from the Institute of Advanced Motorists (IAM) which raised eyebrows in the cycling community with its attention-grabbing ‘More than half of cyclists jump red lights’ headline. Like many Walker questioned the validity of such a wild-sounding claim, but unlike most he also did something about it and dug a little deeper (Cyclo will have you know that most journalists are dedicated, diligent and right-minded). Walker realised that the ‘results’ were compiled from a self-selecting online survey (i.e. completed by those who a: were already on the IAM website, b: felt like clicking on and filling in a survey); further the headline statistic itself didn’t stack up fully and that the quoted 57% of bike riders who admitted to jumping red lights was made up from 1.9% ‘regular offenders’, 11.8% who did so ‘sometimes’, 24.6% ‘rarely’, and 19.1% admitting to having done so once or twice.

When pressed, predominantly by Walker, the IAM did release a further press notice quantifying the statistics and attempting to contextualise to a greater degree, but not, of course, before numerous news outlets (including BBC Breakfast) had jumped on and reported the doom and gloom scaremongering version. Cyclo agrees with Walker that cyclists are far from saints and inarguably a degree of lawbreaking happens, but ill-advised and poorly constructed ‘statistics’ do nothing to further anyone’s cause.

Take a look at Walker’s full blog and make up your own mind: www.guardian.co.uk