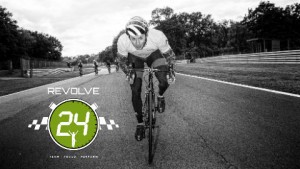 With Revolve24 just around the corner, we figured it’s time to find out what it takes to cycle in a 24-hour endurance event… So we asked a man in the know, Simon Lillistone, the Race Director for Revolve24.

Lillistone is perfectly positioned to offer advice on cycling events; the two times Olympian (1988, 1992), also led the delivery of all the cycling events at the Olympic and Paralympic Games. Now he has his sights firmly locked on Revolve24, with the first relay-race taking place in September at Brands Hatch. Here are his tips to help you take on this 24-hour endurance event…

Keeping fuelled is essential whether you’re in for the win or just for fun. You’re pushing your gut to the limit as well as your legs, so make sure you know what works for you by trying different foods and drinks before the big day. Eat accurately too, refuelling straight after each ride session and snacking regularly while you’re riding to keep energy levels stable.

Worrying about how to deal without sleep concerns a lot of 24-hour first-timers. Get your head down and your feet up to aid recovery blood-flow while you sleep. Don’t slouch in a chair. Even if you can’t actually sleep, just lying down, relaxing and closing your eyes is valuable R&R. Obviously waking up again is just as crucial as sleeping! Make sure you have a good alarm clock, and a second back-up alarm on your phone or watch, both set to give you enough pre-ride prep time when it’s your turn in the relay. 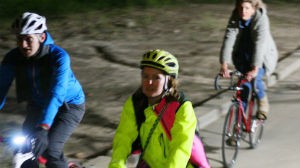 24-hour racing can be an emotional experience, especially if something breaks. Bring any specific spares you might need (gear hangers, long-valved inner tubes, Di2 chargers, etc.) but also pack ‘pit kit’ such as a spare pair of shared wheels for a fast change between laps. While mini tools and C02 inflators rule on the circuit, in the Pit Garage, a decent work stand, a pair of wash buckets and a track-pump makes keeping your bike clean and dialled ready for the next lap easy.

Head torches are also super useful whether you’ve got a midnight mechanical, or you’re trying to put your bib shorts on the right way round in the dark (we’ve been there!) If you have the room, rollers or a turbo trainer are great for a quick warm up/down to keep cramp at bay as night turns to day.

If there’s one piece of advice the best 24-hour racers always share about clothing, it’s “take everything”. Be versatile with what you wear on the track: arm and leg warmers can be rolled up or down depending on conditions and thin shells can keep you surprisingly warm but still stuff into a back pocket. Pack all your shorts and socks too, as dragging stinking sweaty kit back on for another lap can be enough to crack the strongest resolve, and can rub you raw. We can’t recommend saddle cream highly enough in an endurance event – it can literally save your ass – and baby wipes are perfect for freshening up before laps. 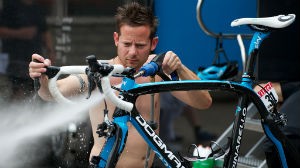 Get your bike professionally serviced, lubed and running smooth in the weeks before the event. Check tyres are in good condition. Don’t be afraid to try small tweaks beforehand either. For example lowering tyre pressures to 90psi or switching 23c tyres for 25c can also add comfort and control you’ll really appreciate by the time dawn comes around or corners get damp with dew.

Resist the temptation to change anything significant for the race weekend. Being able to trust that your bike works perfectly is way more important than risking reliability for the sake of a handful of grams of drag or a few more watts at the rear wheel.

Revolve24 is a global series of 24-hour cycling relay races set at iconic motor circuits around the world. Officially launched at Brands Hatch – which will also play host to the first event on September 19-20 – the series will then embark on a world tour throughout 2016 including famous motor racing circuits in the USA, France, Spain, Portugal and Canada. Full details of Revolve24 at revolve24.com 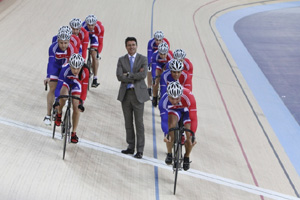 Just a week to go until Danny Boyle unleashes his opening ceremony (Cyclo is still hoping for some zombie action) and the London 2012 games get under way. Time then, we thought, to bring you a quick update on the how, when and why of the cycling track events. We have also recapped on a little details as to what each event entails, particularly as the rather mysterious Keirin and complex Omnium continue to cause confusion. Details of the Road, Mountain Bike and BMX events to follow next week. Stay tuned…

About: The Sprint is perhaps the most ‘pure’ of the track disciplines where speed is (almost) everything in the series of three-lap races that see riders whittled down through qualifiers and heats – first over the line wins. Simple. Current Olympic Champion: Chris Hoy (GB), Victoria Pendleton (GB).

About: Big, as they say, in Japan (where it originated in 1948), this is the event that most resembles a combination of Mad Max and Rollerball, with a motorbike – known as a “Derny” – initially pacing riders around the track and bringing them up to considerable speed before leaving athletes to sprint for victory. Keirin made it’s Olympic debut at the 2000 Sydney Games and, like the Team Sprint, will be settled in a single day of action at London 2012 (technically two days: one for the men’s event, one for the women’s). Current Men’s Olympic Champions: Chris Hoy (GB), Women’s Olympic Champion: NA.

About: Only introduced in 2010 at the World Championships, the Omnium makes its Olympic début at London 2012. This is the cycling equivalent of a pentathlon consisting of a 250m Flying Lap, 30km Points Race, 4km Pursuit, a scratch race of 15km and 1km Time Trial. Distances for the women’s discipline are slightly shorter: 20km Points, 3km Pursuit, a scratch of 10km and 500m TT. Current Olympic Champions: NA.

Cyclo Fact – The London Velodrome featuring one of the largest cable-net roofs in the UK. The track uses 56km of Siberian pine held into place with 350,000 nails.

About: Not dissimilar to the Sprint discipline as the name might suggest. Once known as Olympic Sprint, this event sees teams of three compete over three laps with each rider effectively taking a lead per lap for pace. Women’s Team Sprint is new for 2012 and both men’s and women’s events will be contested (from qualifiers to medals) in a single day. Current Men’s Olympic Champions: Chris Hoy, Jason Kenny, Jamie Staff (GB), Women’s Olympic Champions: NA

About: With Individual Pursuit off the schedule for 2012, this event sees teams compete over 16 laps for men and 12 for women with the time recorded as last rider across the line. As a women’s event this made its first appearance at this year’s World Championships in Manchester and should prove to be a hotly contested Olympic opener. Current Men’s Olympic Champions: Ed Clancy, Paul Manning, Geraint Thomas, Bradley Wiggins (GB), Women’s Olympic Champion: NA.