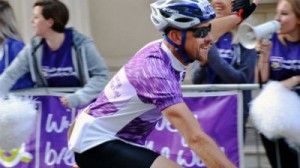 Celebrating the legacy for cycling created by the London 2012 Olympic and Paralympic Games, Prudential RideLondon-Surrey 100 starts in the new Queen Elizabeth Olympic Park, then follows a 100-mile route on closed roads through the capital and into Surrey’s stunning countryside. With leg-testing climbs and a route made famous by the world’s best cyclists, it is a truly spectacular event for all involved, plus a great opportunity to raise funds for the amazing Asthma UK.

To guarantee a place simply pay a registration fee of Ł50 and pledge to raise a minimum of Ł600 for Asthma UK and in addition to the satisfaction of riding this stunning ‘Century’ you’ll get an exclusive Asthma UK cycling jersey, post-race reception at a beautiful venue with food, drink and a massage, plus outstanding support and a fundraising pack to get you started.

Full details and online entry for the Prudential RideLondon-Surrey 100 at asthma.org.uk 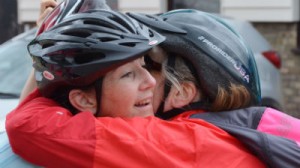 Picturesque countryside, great fun and a supportive atmosphere are just some of the things to expect for the Divas On Wheels women-only cycle ride in aid of the amazing Pilgrims Hospices. Setting out from Biketart cycle shop in Barham near Canterbury (map here), riders can choose to tackle either a 25 or 50 mile route through the beautiful Kent countryside with dozens of experienced riders taking part as our special ‘Bike Heroes’ for the day leading small groups or offering roadside repairs and assistance to anybody who needs it. Further details and online entry at divasonwheels.org 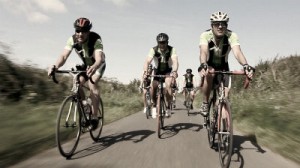 On June 7 riders will cross the start-line of the first NPSCC Tour of the South East, embarking on a 180mile multi-stage sportive that will bring them as close to the pro rider experience as it’s possible to get, supported by motorcycle outriders, domestiques, soigneurs, mechanics, first aiders and team cars.  The ride will see seeded groups of cyclists of all abilities snake their way through the beautiful South East countryside on a route put together by experienced event director, James Kemp. The ride is punctuated by timed climbs of Olympic road race highlight, Box Hill, a testing 2.5km ascent with an average gradient of 5%, and Kidds Hill (aka The Wall) which although shorter at 1.5km has a tough average of 7.8%.

Event organisers have now announced that two major new partners will be supporting the NSPCC Tour of England. 9bar has come on board as official energy bar sponsor, whilst Physio&Therapy UK, who have supported the ITU at the British Championships and the London World Championships, will be providing pre- and post-event massages. 9bar nutrition expert, Liz Tucker said: ‘We are really pleased to be partners of the NSPCC Tour of England series and to be aligned with such a great cause and a great cycling challenge too.‘

There are still places available on the NSPCC Tour of England (closing date May 9) details at nspcc.org.uk and entry at sientries.co.uk 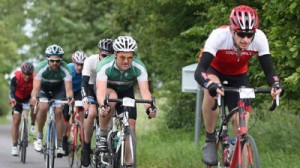 An exceptional weekend of cycling on offer in and around the city of Bath – Bike Bath offers three routes on Saturday June 28 and a further three on the Sunday. The Saturday routes – 20, 60 and 100milers – combine the best elements of the 2012 and 2013 event with the 100 and 60mile routes both featuring the challenging climb of Burrington Combe, with Cheddar Gorge also included on the 100 mile route, and both options coming back into Bath through the Two Tunnels Greenway. The Sunday routes – 30, 60 and 100milers – head out into the Cotswolds with relatively flat courses once the climb of Kingsdown (out of Bath) has been crested…

Full details and online entry for Bike Bath at bikebath.co.uk

An idyllic early summer ride with a choice of three great routes (17mile family route, 35 and 55mile routes) the Dorset Coast and Harbour offers up the best of the beautiful Dorset countryside and the famous Jurassic Coast. Starting in Poole Park (map here), the routes follow around one of the largest natural harbours in the world, before heading out into the lush countryside of the Isle of Purbeck.

The 55mile (long) route heads west then south to sweep down through Lulworth, before heading down the coast to Swanage and back to Poole via the Ferry at Studland Bay. The 35miler follows the long route to Corfe Castle where the two routes part ways as the medium riders cut across to Studland and re-join the other routes. The medium route can be shortened to 30 miles, taking cyclists along flat woodlands next to the harbour. The 17mile (short) route riders cycle to Studland and back crossing the water by ferry twice. The 55 and 17mile routes are on road, whilst the 30mile option includes roughly two miles on unmetalled Sustrans cyclepath, some of which has a loose gravel surface.

Full details and online entry for the Dorset Coast and Harbour at bike-events.co.uk 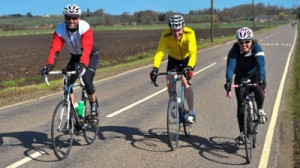 A new ride from Bike Events, the Hertfordshire 100 is an ideal way to enjoy spring cycling through pretty villages and the lush countryside of Hertfordshire. Take the challenge on the 100mile route through a landscape of beautiful half-timbered cottages and colourful marketplaces with a choice of charities to raise funds for (or pick your own).

Starting and ending at Knebworth House (map here) and with start times from 7-8am the Hertfordshire 100 offers marshals, mechanics, refreshments and support vehicles to help you through this challenging but beautiful ride. Bike Events publish an excellent guide to race preparation – click here – and entry fees are set at Club Entry Ł17.00, Entry Pack 100 miles Ł18.50 and Team Entry (6 or more) Ł18.00 per person.

Running alongside is the gentler Hertfordshire 50/25 meaning there’s something for (almost) everyone here. Full details and online entry at bike-events.co.uk 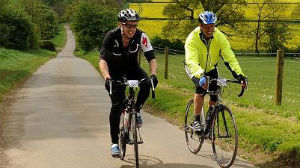 The Squires and Spires Cyclosportive takes place on May 4, through the rolling Northamptonshire countryside; it runs through many beautiful history-steeped villages, passed ancient churches and through areas famous from English Civil War history. With two routes available – The Duchess (100miles) and The Maid (50miles) – it takes riders on a tour past numerous country houses, including Althorpe House (home of the Spencer family and resting place of Princess Diana) and Cottesbrooke Hall, the inspiration for Jane Austen’s ‘Mansfield Park’. Despite Northamptonshire’s reputation for being somewhat less than mountainous, don’t underestimate how tough sections of these routes can be, especially in their final third when legs are already sapped.

Race HQ is at Naseby Village Hall (map here), with an 8.30-9.30am start. All entrants receive a Just Racing technical t-shirt, energy drinks/bars/gels from sponsors USN at the feed stations, a full selection of sweet and savoury snacks, medical support and sweep vehicles.

Entry fee to the Squires and Spires Cyclosportive is Ł25, with entry closing on April 29. Full details and online entry at justracinguk.com 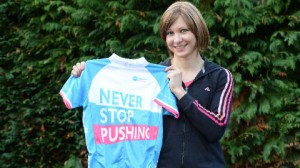 Online registration has opened for the RIDE100 series of UK road rides run by children’s charity Action Medical Research with an earlybird discount of 15%, limited to the first 500 entrants. The RIDE100 series runs from April to the end of September, with rides taking in some of the country’s most stunning cycling locations. All offer a choice of either a mid-distance ‘Classic’ or full-on sportive ‘Champion’ routes, with many now also including a shorter ‘Cool’ route. The season starts on April 13, with the Peterborough 100 and all-new Bath 100.

The charity’s cycling ambassador Joanna Rowsell (surely still smiling after last weekend’s impressive victories) is encouraging cyclists to sign, commenting,  ‘It’s been great to see so many more people inspired to get on their bikes in recent years. The RIDE100 series is a perfect opportunity for cyclists of all abilities to put themselves to the test on some great routes and for an even better reason – helping sick and disabled babies and children. There is a distance for everyone, whether you prefer to play it Cool, be Classic or go Champion. I’m proud to support such a worthwhile charity and one that is so passionate about cycling. I hope you’ll join us in 2014.’

All rides are fully supported by the Action Medical Research team, with food and water stations, chip timing, marshals and mechanics. Cyclists riding for the charity raise money to fund medical research to help save and change the lives of sick and disabled babies and children.

For further information and to sign up for RIDE100 2014 events (do it quickly for that earlybird discount), visit action.org.uk