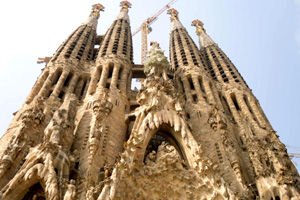 A research paper published in the British Medical Journal has reported that the Barcelona based cycle hire scheme (know as “Bicing”) has off-set an estimated 9,000 tones of carbon dioxide since it’s launch in March 2007 and could account for the saving of some 50 lives. In its first two year’s the scheme attracted the support of more than 182,000 locals (an impressive 11% of the municipality’s population) with 68% of the trips used for either commuting to work or on school runs. The Spanish-led research team concluded that although there was an estimated 0.03 “extra” cyclist death each year from traffic accidents and 0.13 deaths from exposure to air pollution the overall “saving” equated to 12.48 lives per annum through increased physical activity.

With London’s own cycle scheme having just celebrated its first anniversary and with the UK Capital’s poor air quality cited as causing almost 4,300 deaths per year it will be interesting to see, long term, if the Boris Bike has more benefits that pure congestion relief.