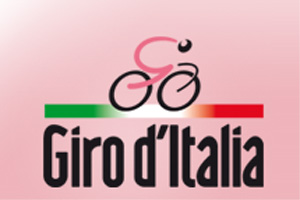 This year’s Giro d’Italia couldn’t have gone off to a more dramatic three days of racing as it wound its way through Denmark. The technically demanding ITT Stage One (8.7km) was defined by a 3km stretch of power-sapping head wind that finally saw victory for BMC Racing’s Taylor Phinney in a time of 10’26”, with Geraint Thomas (Team Sky) nine seconds adrift for second place and Garmin-Barracuda’s Alex Rasmussen on +13″ for third. Thomas commented afterwards: ‘I definitely tried to keep a bit back for the last 3k and that headwind and then I emptied the tank all the way to the line.’

Day Two – flat 206km, Herning to Herning – was all about the bunch sprint finish that saw an utterly convincing win in a time of 4:53’12 from Team Sky’s Mark Cavendish: ‘Everybody handled it well and we stayed together as a team. I was really looked after at the finish and kept sheltered. Geraint took me perfect and went exactly when he was supposed to. I was able to come off him and win the stage so I’m very, very happy.’

But what a difference 24 hours makes: Day Three proved disastrous for Cav when a chaotic finish saw the World Champion involved in a high-speed pile up with race leader Taylor Phinney. Just as Cavendish was looking likely to make it two wins in a row at the end of the 190km stage Roberto Ferrari moved out sharply and took Cav’s front wheel out from under him. Although hurt, Cavendish was able to carry his bike across the line and is expected to continue his participation in the Giro; Team Sky Doctor, Richard Freeman, said: ‘Mark’s had a bad crash and is very uncomfortable but we’re taking care of him. We’re travelling as a team to Verona.’ The Stage Three win went to Australia’s Matt Goss (GreenEDGE) in 4:20’53” with today – Tuesday May 8 – being a rest day as proceedings shift to Italian soil ready for tomorrow’s Team Time Trials in Verona.