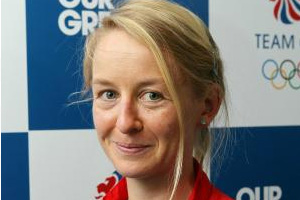 Emma Pooley has told the BBC that she may quit professional cycling to concentrate on her academic studies. Pooley, who won silver in the Time Trial in Beijing but suffered a disappointing London Games (sixth in the TT and 40th in the Road Race), told BBC Radio Norfolk that she may well either take a year off or quit entirely after next week’s World Championships in order to complete work on her PhD in geo-technical engineering. ’I don’t want to race and race really badly, so it depends if I could find a time that would let me work around my PhD commitments… but I’m just not sure how I feel about it at the moment,’ she lamented.

Pooley has always been at the vanguard in pushing the International Cycling Union (UCI) to raise the profile of women’s racing and spoke today about the prize money disparity between the sexes, saying, ’If I was a male cyclist, I wouldn’t have to work after I finish cycling.’ her current situation is exacerbated by the announcement that her Dutch team, AA Drink-Leontien.nl, are to effectively disband for financial reasons, making one of GB’s greatest talents homeless.