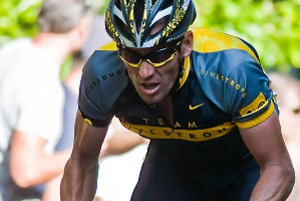 Following on from the suggestion in the New York Times that Lance Armstrong was on the verge of confessing all with regards to his doping past, comes the announcement that the Texan is to appear in an interview with Oprah Winfrey – the go-to confessional – to address ‘years of accusations of cheating’. Armstrong has always fervently denied any wrongdoing even in the light of being accused by the United States Anti-Doping Agency (USADA) of running ‘…the most sophisticated, professionalised and successful doping programme that sport has ever seen’ and being stripped of his seven Tour de France titles, but it has been hinted that he may now confess to these historic charges in order to move forward with his career as a triathlete. The announcement of the interview was first made when Winfrey tweeted ‘BREAKING NEWS: Looking forward to this conversation with @lancearmstrong’ along with a link to a fuller press statement – Armstrong retweeted the same some 15 minutes later. The interview is set for January 17 on Winfrey’s OWN network and will be streamed live online.