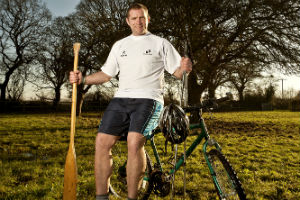 After 73 England caps, two tours with the British and Irish Lions and over 300 professional appearances against some of the most feared men in the world of rugby, you wouldn’t think that much would intimidate Phil Vickery. But this coming summer holds a whole new set of challenges for him. Now in his third year as an Ambassador for Wooden Spoon, the children’s charity of rugby which this year celebrates its 30th anniversary, Vickery has signed up to help out their fundraising efforts by participating in all four of their flagship extreme challenges, two of which see him take to two wheels.

Details are still being finalised, but Vickery will be taking part in the London to Monte Carlo Bike Challenge – 760miles and 28,000 feet of climb all in just 8.5 days – in June and the Great British Bike Ride, where challengers set off for 350miles of riding for five days from Land’s End, finishing with a lap at the Aviva Premiership Rugby ‘London Double Header’ in Twickenham in front of 70,000 cheering fans.

Commenting on the not-inconsiderable commitment Vickery said, ‘When Spoon first approached me with the idea of taking part in all of their Challenges it sounded great, but it wasn’t until I saw just what I had signed myself up for, that it really sank in.’

For full details of all the challenges (and to find out how you could get involved) see woodenspoon.com