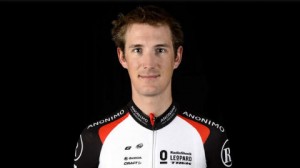 RadioShack’s Team General Manager, Luca Guercilena, commented on the announcement, ‘We are happy to see that Andy is back… Little by little he has come back to the level where we expect him. The Tour de Suisse encouraged and convinced us to give him the role he deserves and to give him the opportunity to have dedicated riders surrounding and supporting him. Of course we don’t put pressure on our champion. After the last twelve months it would be unrealistic to expect a podium place. On the other hand, the lack of stress and pressure can be a positive stimulus to a brilliant performance…’

In addition to Schleck’s not inconsiderable TdF form RadioShack’s chances are bolstered by the presence of Andreas Klöden and Haimar Zubeldia, both Tour de France specialists; Klöden has twice finished second overall whilst Zubeldia has finished four times in the top ten places.