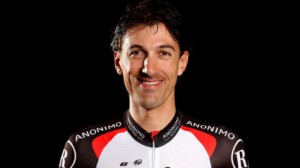 The 2013 Ronde Van Vlaanderen and Paris-Roubaix champion, Fabian Cancellara, has announced – via twitter – that he will be joining the newly formed Trek WorldTour Team from next year. Cancellara tweeted ‘Here we go! Excited to make anouncement on my future! CC: @TrekBikes’.

Away from the character-count restrictions of twitter the Swiss pro – nicknamed ‘Spartacus’ – was more effusive, explaining, ‘There was a lot of speculation around my professional future in the last couple of weeks – even months; That’s why I’m really happy to confirm that I will stay with the Trek family… This is a big opportunity for me as a bike rider and it will allow me to develop even more on the sporting side. Because that’s what I’m in for: winning bike races, not sitting out until I retire. I’m motivated to get the maximum out of my career and I’m really proud it’s going to be on a Trek… I want to be part of this new project and I have no doubt that it’s going to be great!’

Commenting on Cancellara’s commitment to the new project Trek VP Joe Vadeboncoeur added, ‘We’re looking to build a team that is a perennial force in the classics, and who better to work with than the King himself? ‘Great Athletes Ride Trek’ is something we believe in and Fabian exemplifies the type of athlete that we are looking to partner with.’

For more on Trek’s acquiring of their new WorldTour license see Cyclo News.