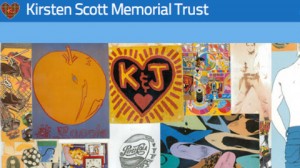 The two cyclists killed on the A30 in Cornwall on Tuesday have been named as Andrew McMenigall, aged 47, and Toby Wallace, 36. The two, who worked for Aberdeen Asset Management, were on a charity ride from Land’s End to John O’Groats raising money for the Kirsten Scott Memorial Trust, which was set up in memory of a colleague who died of cancer two years ago, when they were involved in a crash with a lorry near Summercourt. The 31-year-old lorry driver was arrested on suspicion of causing death by dangerous driving and has been bailed until October.

An official press release from Aberdeen Asset Management read, ‘It is with great sadness that Aberdeen Asset Management confirms the passing of Andrew McMenigall and Toby Wallace, two much loved and valued colleagues who were yesterday involved in a fatal cycling accident in Cornwall.’ Martin Gilbert, chief executive of the company, added: ‘I knew both Andrew and Toby well. They were dedicated and popular members of our senior team. The fact that they died in such tragic circumstances while trying to help others less fortunate tells you much about their selflessness and humanity. This is a terrible time for the company. More importantly our thoughts are with the families of Andrew and Toby. We will be doing everything we can to support them.’

The aim of the Kirsten Scott Memorial Trust is to provide grants to young people under the age of 26 in order for them to fulfill ambitions, enhance their personal development, and make a positive contribution, either at home or overseas. The Trust say they have been ‘overwhelmed by the response on the donation page’, adding: ‘The figure raised is a testament to the esteem in which Andrew and Toby were held… The trustees will ensure that the generous donations will be used to help young people in a way that is a fitting tribute to these inspirational men and for a purpose which Andrew, Toby and Kirsten would be proud of.’

McMenigall and Wallace had hoped to raise Ł10,000, but the tragic events mean that the total already stands well above Ł18,000 (as of July 4). To donate please see uk.virginmoneygiving.com