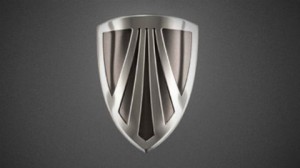 Back in June Trek Bicycle confirmed that it has bought the WorldTour licence of RadioShack-Leopard and would be effectively creating a new team for the 2014 season. Trek, a named sponsor since the team’s inception in 2010, have since been busy building the team and strengthening their position for the coming year; something which has now taken a step further with the announcement of agreements reached with a further six key riders. Stijn Devolder, Markel Irizar, Yaroslav Popovych, Gregory Rast, Hayden Roulston and Jesse Sergent will all now be adding their considerable weight and experience to a team led by multiple Paris-Roubaix and Tour of Flanders winner Fabian Cancellara.

Trek Sports director Dirk Demol commented on the agreement: ‘This group of riders has been essential to Fabian’s success in 2012 and especially 2013. Their dedication to him was beyond belief. Fabian’s name is the one on the roll of honor of the great classic races that we all love, but these support riders were all ready to sacrifice themselves to the team’s interest. They are warriors, true unsung heroes. I am delighted and proud that we are able to keep this group together. From here on we keep on working hard, toward many more successes.’

Trek Sports Marketing Manager Simon Thompson added: ‘The combination of Dirk, Fabian and all these guys together make this the World’s most formidable Classics team… Only one guy gets to cross the line first, but it’s not possible to win the world’s toughest one-day races without the best team and support around you. This group embodies everything that is great about the Trek Factory Racing Team; they are passionate and committed to go to war for one another and the success of the team’