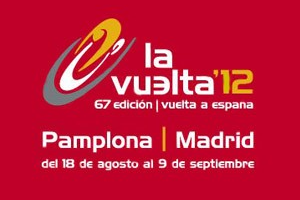 Our new favourite channel ITV4 is to broadcast the 2012 Vuelta a Espana for the first time. Following successful coverage of Bradley Wiggins’ historic victory in this year’s Tour de France ??ITV will broadcast daily highlights shows throughout the Vuelta as part of a new agreement with the ASO.

Beginning on Saturday August 18 and ending on Sunday September 9, the 67th Vuelta will be made up of 21 stages and will cover a total distance of 3,300 kilometres.?? British interest in the race should include Chris Froome, fresh from winning the Bronze medal at the Olympics Time Trial and finishing second in the TdF, along with Ian Stannard, Adam Blythe, Ben Swift and Jeremy Hunt. ??Froome also finished second in last year’s Vuelta, with his Team Sky colleague Wiggins third.

Juan Jose Cobo won the 2011 race and will be back to defend his title in 2012. ??ITV4 will broadcast a 60-minute highlights programme from each race day, presented by Gary Imlach. ITV.com will also simulcast a highlights programme. ??ITV Director of Sport Niall Sloane said: ‘This has been an unprecedented year of success for British cycling, with Bradley Wiggins winning the Tour de France live on ITV. I’m delighted that we are able to offer free to air coverage of this year’s Vuelta a Espana.’ 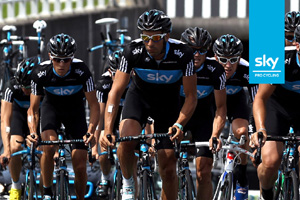 Even with the Olympic cycling still underway things are getting back to normal elsewhere with the announcement of teams for the last Grand Tour of the year. The 67th edition of the Vuelta a Espana starts in Pamplona on Saturday 18 August with Team Sky led by Chris Froome. This is in contrast to last year when he played support to Bradley Wiggins.

Apart from this being a big thank you from the team for his selfless efforts in the Tour de France it should also be seen as an indicator of Sky Team strategy for next season. Wiggins and Froome rode the Vuelta last year and made a hash of a winning position to finish second and third. There were also moments in the Tour when Froome and Wiggins didn’t seem in tactical sync. Sky will not want a repeat but maybe this tells us more about Wiggins plans for the future than that of his team.

Wiggins has repeatedly remarked on the adverse impact of cycling on family life when asked about how many Tours he might win and how many Olympics he might attend. Our guess is that he’ll focus exclusively on the Tour de France for at least 2 more seasons and have a crack at the 2016 Olympics in Brazil.

So Sky will go into the race as favourites with the strongest squad. According to Sports Director Nicolas Portal “We’ve got every base covered with this line up. We have Olympic medallists, amazing climbers, some really strong guys on the flat, and a very fast sprinter”.

And, maybe in light of the last years debacle, Froome stated that “I’m going to do the best job I can and do whatever’s required of me from the team. Initially I’ll be riding for the GC, but if one of my team-mates shows that they’re in a better place to win the race then I’ll happily work for them. We’re sending a first-rate squad and it should be a really exciting race.” 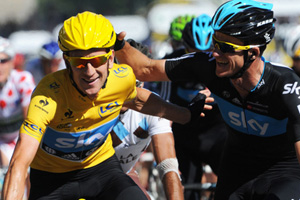 When, a few short years ago, Team Sky announced they intended to put together the greatest pro squad in the world it perhaps seemed like hyperbole. Yesterday in Paris they had undeniably achieved their ambition with a record breaking fourth Champs-Élysées finishing sprint from Mark Cavendish and a team overall standings 1-2 for Wiggins and Froome to deliver up the first ever British winner of the Tour de France. Whilst the inevitable winner would usually regard and ride the final leg as a victory lap, Wiggins, along with his team mates, dug deep to help propel World Champion Cavendish to victory in one of the most highly anticipated and nail-biting finishes in le Tour’s 109 year history.

Cavendish was, of course, full of praise for his team mates, saying, ‘It’s incredible what we’ve achieved today – what a team. We got a one and two on GC but still we were riding to control things on the Champs-Elysees. It was an honour to have the yellow jersey leading me out. Bradley told me he’d go full gas to the last kilometre and then Edvald (Boasson Hagen) led me into the last corner. The finish couldn’t have been more perfect – no better end to this Tour.’

For his part, a post-race and jubilant Wiggins commented, ‘I’ve had 24 hours for this to soak in and today we were just on a mission to finish the job off with Cav. So job done and what a way for him to finish it off. I’m still buzzing. I’ve got to get used to going into the history books now, but I’m just trying to take everything in today first. It’s very surreal at the moment because this type of things [usually] happens to other people. You never imagine it happening to yourself…. It’s hard to take in as it happens. Every lap of the Champs-Elysees was goose-pimple stuff. We had a job to do with Mark today and we were all motivated to do that so it made it go a lot quicker. The concentration was high and for Mark to finish it off like that, well, it couldn’t get any better.’

‘Bring it on’ said Bradley Wiggins before this year’s Tour de France. Well, he came, he toured, he conquered; today becoming the first Britain ever to win the greatest cycling race in the world. The Team Sky rider finished in an overall time of 87h 34′ 42” – surely one of the greatest British sporting achievements of all time. Of course with success at yesterday’s Time Trial and with so much of this year’s event spent in yellow, victory today was all-bar an accident guaranteed for Wiggo, but that didn’t stop almost a million spectators in Paris cheering home the man they have dubbed ‘le gentleman’.

It might be all over for another year at the TdF, but for Wiggins, Cavendish and Froome the next stop is the London Olympics. Too soon to say things are looking good for a medal or two? 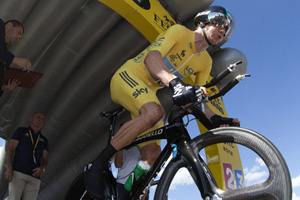 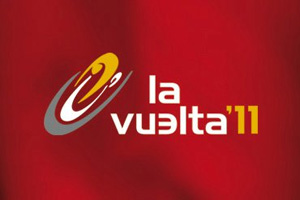 And so the 2011 Vuelta a Espańa ends; and whilst the Madrid final didn’t deliver an ultimate overall British winner it was the scene of a spectacular UK two, three podium finish for Sky’s Chris Froome and Bradley Wiggins respectively, one of the finest results for a grand tour in living memory and the first time a Brit has been on the podium since Robert Millar (second in 1986). It was, of course, Spain’s Juan Jose Cobo of Geox-TMC that rode for crowning glory with a total time of 84:59:31 – with Froome on +13seconds and Wiggins + 1minute, 39seconds.

With the final stage in the country’s capital a parade lap in all but name, the unofficial rule dictates no attack on the race leader meaning Cobo’s victory was all but guaranteed by the end of the penultimate Stage 20 (185km Bilbao to Vitoria) which was won by Leopard Trek’s Italian sprint specialist Daniele Bennati. Although in theory, with a time bonus 32 seconds up for grabs, Froome could still have snatched victory, it was not to be. The final standings marked the first major tour victory of Cobo’s career.

Full results and analysis from www.lavuelta.com 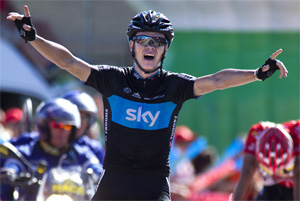 Could Britain be in line for its first ever Vuelta a Espana win? Certainly the prospect took a step in the right direction yesterday (Wednesday, September 7) when Team Sky’s Chris Froome unleashed a blistering attack to steal a win on Stage 17 – the 211km leg, Faustino V to Peńa Cabarga – from Juan Jose Cobo of Geox. Although the Spanish rider retained the overall leader’s red jersey, Froome’s win across a thrilling head to head hill climb finish took 9 seconds off Cobo’s lead with a combination of the 1 second win and the stage’s awarded time bonus. The victory marked the first time in more than two decades that a Brit has won a mountain finish in a major race; the last to do so was Robert Millar in the 1989 Tour de France.

With fours stages still to run on the Vuelta before riders reach the final in the country’s capital Madrid on Sunday (September 11) things can, naturally, still change dramatically, but with Froome sitting pretty in second place on the overall standings and his Sky team mate Bradley Wiggins still in third Cyclo has their collective fingers crossed for a patriotic podium.