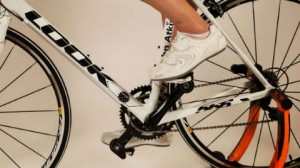 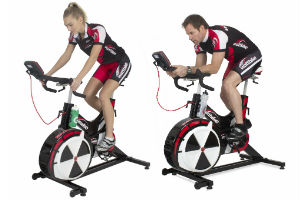 Wattbike, manufacturers of the first and only indoor cycle trainer to be endorsed by British Cycling, have launched updates to its Pro and Trainer models; improvements include a more advance performance computer – which enables the accurate measurement of 39 performance parameters, including power, heart rate, cadence and speed – and redesigned handlebars with an improved drop section and enhanced tri-bar extension. The computer also sports a new user interface, increased responsiveness and additional customisation options; user now benefit from analysis of every pedal revolution in real-time, allowing the fine-tuning of pedal technique with the resulting improvements in power and speed transferred to the road.

Commenting on the launch of the updated models Wattbikes’s Communications Manager Alex Skelton comments, ‘The new Wattbike brings significant enhancements to a product that enables triathletes of all abilities to improve on their performance. Every rider can now train using the same scientifically accurate methods as Olympic and World Champions with a Wattbike, right in their own home… Training using a combination of power and heart rate is simply the most effective and efficient way to train and with a Wattbike you can be confident that you are maximising your performance gains with every turn of the pedal.’

The Wattbike Pro 2013 and Wattbike Trainer 2013 are available from watttbike.com at Ł2,250, Cyclo will keep you posted with a review coming soon…