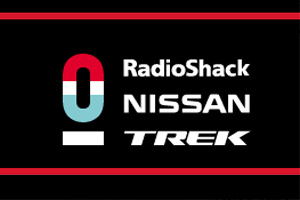 RadioShack Nissan Trek have announced that they are formally ending their collaboration with General Manager Johan Bruyneel as a result of the United States Anti-doping Agency (USADA) report into the Lance Armstrong and the USPS Team drugs investigation. Thanking Bruyneel for ‘…his dedication and devotion since his arrival in the Team,’ the RadioShack statement made clear that the decision was a ‘mutual agreement’ and were at pains to point out that the allegations against him were of a historical nature and in no way related to his time with the team. The statement continued:  ‘The Reasoned Decision published by the USADA included a number of testimonies as a result of their investigation. In light of these testimonies, both parties feel it is necessary to make this decision since Johan Bruyneel can no longer direct the Team in an efficient and comfortable way.  His departure is desirable to ensure the serenity and cohesiveness within the Team.’

Bruyneel was Armstrong’s Team Manager during his seven Tour de France wins, but was contacted, along with Armstrong, Dr. Pedro Celaya, Dr. Luis Garcia del Moral, Dr. Michele Ferrari and Mr. Jose Marti by the USADA on June 12 informing them that they were, ‘…opening a formal action against each of you based on evidence that… you engaged in anti-doping rule violations… from 1998 to [the] present.’

The 1000-page USADA report (known as ‘The Reasoned Decision’) stated, amongst many other things, ‘As a consequence of a number of courageous riders willingness to break the Code of Silence – the “omerta” – after being approached by USADA, by late May 2012 USADA concluded it had more than enough evidence to proceed with charges against former USPS and Discovery Channel Team Director Johan Bruyneel.’

For his part Bruyneel has made it clear that he contests both the validity of the USADA procedure as well as the charges against him.